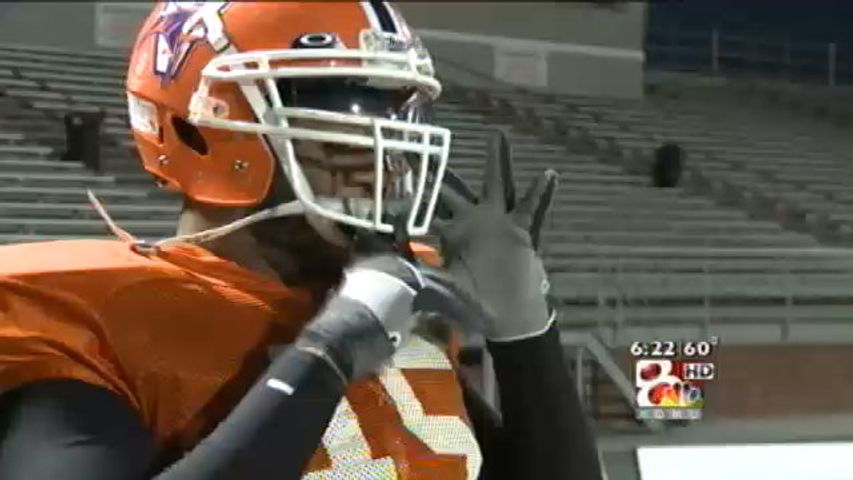 MARSHALL, Mo. -- In 2009, Ty Phillips signed to play football at Missouri -- but he'd later learn his grades weren't good enough to make the team. That was a big letdown for the 240-pound linebacker from East St. Louis lauded for his speed.

"That's every football player's dream to go play at a level like that," he said.

But three years later at Missouri Valley College, sophomore Phillips has the most sacks and tackles for loss of any NAIA Division I player and has the undefeated Vikings two wins away from their first national championship. The 2012 season has been a period of consistency for Phillips, who transferred to three other schools before signing on at Missouri Valley.

In the eyes of head coach Paul Troth, Phillips already has a place among Missouri Valley's greatest players.

"I don't know that we've had anyone any better than Ty," Troth said.

Phillips says his biggest fear is disappointing his family. He's the first person in his family to go to college.

"That's why, you know, I come out and, you know, play so hard on Saturday," he said.

This Saturday, he'll play in one of the most important games of his life. The Vikings (12-0) face Marian University -- a Catholic school in Indianapolis -- in the NAIA Division I semifinals at 1 p.m. in Marshall.