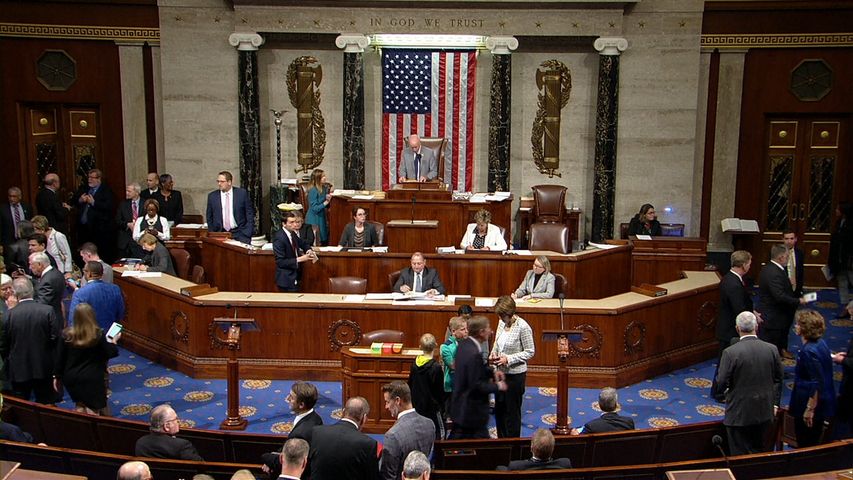 COLUMBIA - Currently, animal cruelty is not a federal crime. However, a new bill, which unanimously passed the House of Representatives earlier this week would make animal cruelty a federal offense.

The bill, known as the Preventing Animal Cruelty and Torture (PACT) Act, adds potential fines, a prison term of up to seven years or both for those charged with animal cruelty.

Taylor Frantz, who owns a dog, said he was surprised when he learned there was no federal crime for animal cruelty.

"I don't know why it wouldn't be," he said. "There seem to be laws for everything else."

The PACT Act, which was introduced by U.S. Rep. Vern Buchanan, R-Florida and U.S. Rep. Ted Deutch D-Florida, provides exceptions for hunting, euthanization of an animal and medical or scientific research.

This bill expands on the Animal Crush Video Prohibition Act, which President Barrack Obama signed into law in 2010. The 2010 law made it a crime to create or distribute a video that depicts animals cruelty. However, the bill did not make the act of animal cruelty a federal crime.

Kitty Block, who is the CEO and President of The Human Society Legislative Fund, said the bill would remove loopholes in federal law.

"The PACT Act will remove that loophole by prohibiting these acts when they occur on federal property, such as federal prisons and national parks, regardless of whether a video has been produced," she said. "It would also allow federal authorities to crack down on animal cruelty that affects interstate or foreign commerce, including moving animals across state lines or information exchanged on website's that allows animal exploitation such as bestiality to occur."

The identical senate companion bill has been introduced with bipartisan support in the U.S Senate. In previous legislative terms, the bill unanimously passed the U.S. Senate twice.