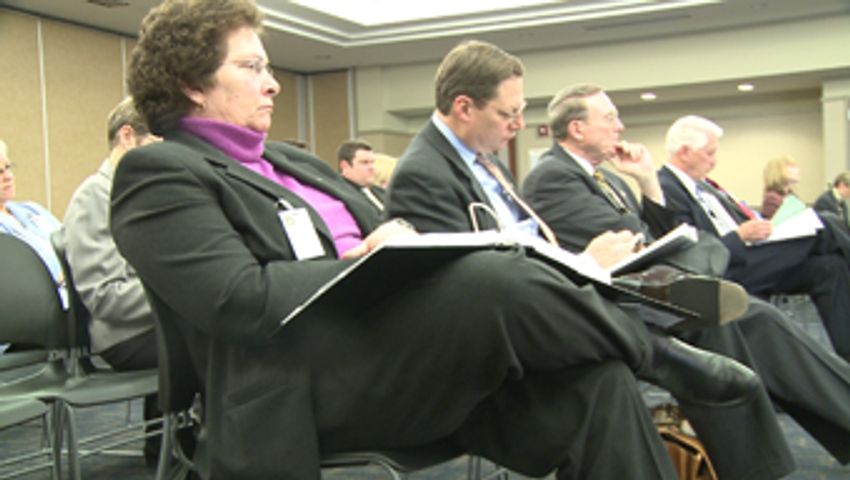 KANSAS CITY - The UM Board of Curators approved the next system presidential search committee.

In addition to the six current members on the board, MU faculty member Stephanie Shonekan and UMSL faculty member Sheilah Clarke-Ekong, Missouri S&T staff person Joe Boehm, and UMKC student Rakeem Golden and whomever is appointed as the next student curator are all on the search committee.

The board of curators voted not to include alumni on the committee because all six members of the board are alumni of MU.

This is the first presidential search that will include input from students.

It is not currently confirmed whether interim president Mike Middleton is interested in putting his name in the running for the position.

First-year graduate student Anna Nyseth said she would like to see the next president have a background in academia. Former UM system president Tim Wolfe was a businessman prior to overseeing the system's four campuses.

"I would certainly hope that the next president would not want to run the university like a business," Nyseth said. "I don't think it should be treated or seen as a business."

Chairwoman Pamela Quigg Henrickson said it has not been decided if the final selection will be made by the search committee or only the curators.

[Editor’s Note: This story has been updated to add the names of the people added to the search committee.]