UM Curators believe progress has been made since 2015 protests 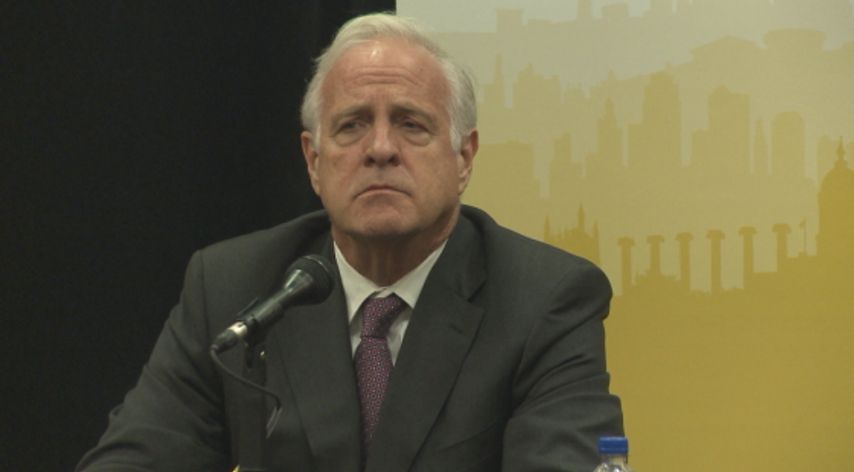 COLUMBIA - MU has faced big challenges in recent years - from changes in administration to loss of state funding to on-campus protests in 2015 - but the UM Board of Curators said progress has been made.

In a statement released by the UM Board of Curators Chair David Steelman, he addressed the protests by Concerned Student 1950 in 2015. Steelman said "mistakes were made" by the previous administration, but the current Board of Curators has "not shied away from discussions around free speech on campus."

"The protests on campus were fair, but they were mishandled by leadership," Steelman said in a press conference Friday.

Steelman released his statement in response to a Wall Street Journal article published on June 15, which argued MU has faltering enrollment because of the 2015 protests and changes in administration.

UM President Mun Choi stood behind Steelman's statement and had an invitation for the Journal.

"The Wall Street Journal should come to Columbia and visit, and speak, not to us, but to the students," he said, adding the UM system would pay for the airfare.

Steelman said he believes pride in MU is "roaring back," but the progress has not been easily accomplished.

"Change is not easy at any institution. It is particularly difficult with higher education and our shared governance system," he said.

Kate Henry, a senior at MU, said she feels the climate of the campus reflects that statement.

"People feel a lot more included, and I feel like the university definitely puts a stop more to certain instances and situations that would have caused an outrage a couple years ago. I think they've really improved on that," Henry said.

Steelman mentioned he met with Gov. Mike Parson on June 13 when he visited the MU campus. Steelman said Parson was optimistic for the future of the UM system.