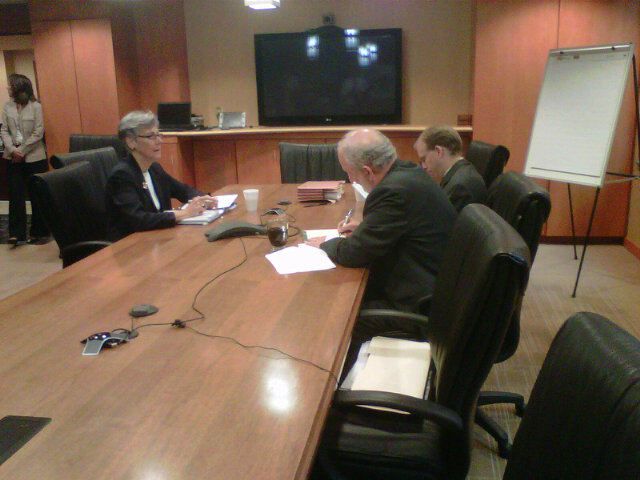 COLUMBIA - Members of the University of Missouri Board of Curators met on the MU campus Thursday evening, with a new system president the topic for discussion.

The curators were set to meet in an open session at 7:30 p.m., however, they will move to a closed executive session immediately afterwards.

Curator Warren Erdman previously stated the board's intention to narrow possible presidential candidates to four after another meeting in Kansas City in mid-October.

There is no timeline for an official decision though and Erdman said "no action" will be taken tonight.

The sytem has been without a permanent president since January, when former Sprint-Nextel CEO Gary Forsee chose to resign the post to take care of his ailing wife.