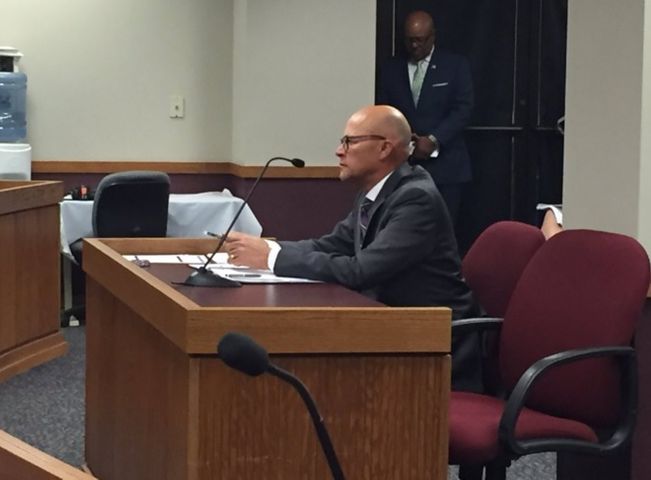 COLUMBIA - Leaders from the University of Missouri System met with representatives at the Capitol Monday to discuss campus climate issues and progress.

The Special Committee on Urban Issues talked to UM Interim President Michael Middleton, MU Interim Chancellor for Inclusion, Diversity and Equity Chuck Henson and Pamela Henrickson, from the Board of Curators, about how the UM system is using new programs and leadership to help improve campus climate.

Rep. Justin Alferman, R-Hermann, who serves on the committee, asked Middleton, "In the short time that we've seen, how have those programs been progressing and how have they been developing to rectify the problem?"

"We've also got a system level task force headed by David Mitchell, a law professor on the Mizzou campus, is doing work with all four campuses to try to determine a long-term strategy for incorporating this work on all four campuses and determining what kind of resources the system can provide to support that plan," Middleton said.

In addition to the new officer and task force, Middleton said the system is working on a system wide audit.

"We're negotiating right now with a national firm to do a system wide audit of all the diversity programs on all four campuses and the hospital," Middleton said.

Middleton said campus climate surveys will be a part of the audit.

"At the system level we're pulling together background information and details," Middleton said. "It's going to be very helpful guiding us into the future."

Rep. Courtney Allen Curtis, D-Ferguson, is the committee chair and asked Middleton what steps the system plans to take next.

"How do you set the tone and direction for the system's dealings with diversity and inclusion going forward?" Curtis asked. "With that are we waiting on the individual to get here in June? Because I know that you all said that you are interims, and I fully believe that interim means you're there for the time but you have the full rights and responsibilities of the position."

Middleton said all the leaders working in interim positions intend to work as hard, quickly, and efficiently as they can.

"I talk to all four chancellors on a regular basis," Middleton said. "I created the task forces, I'm hiring the auditor to do the system wide audit and campus climate survey. I talk to the board about these issues on a regular basis. I've gotten them to understand the importance of this work. This is my top priority at the moment. We're not slowing down, we're speeding up. As soon, as I understand, what our final budget is going to be, I will then determine how much of that I can put into this effort. I'm working to try to develop private sources and funding for this effort."

Alferman said Middleton is in a position to make change.

"I'm hopeful that, you know, going forward that he will make the changes that are necessary," Alferman said.