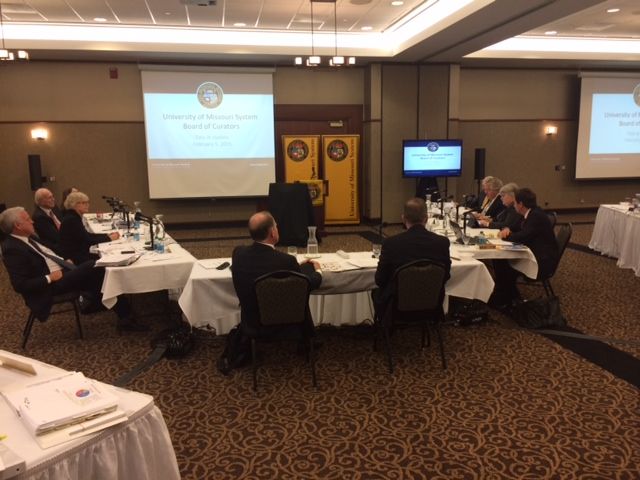 COLUMBIA - New changes are on the way for Title IX policies in the UM System.

The Board of Curators discussed new methods for reporting and investigating sexual assaults in a meeting Thursday at the Missouri Reynolds Alumni Center.

The new policies come after MU received heavy criticism for its handling of the Sasha Menu Courey case.

In his address to the board, UM System President Tim Wolfe first discussed policies that have already been put in place this past year.

"We have seen great campus creativity and innovation from students, faculty and staff that are engaging and promoting awareness of this societal issue," Wolfe said.

These changes included a comprehensive review of campus policies, the creation of a single website that has links to all campus Title IX and mental health resources, and the establishment of a Mental Health Sexual Assault Task Force.

But, Wolfe said more still has to be done.

"We owe it to our students, their families and all of our employees to make this a priority," Wolfe said.

One change that the Board of Curators approved is the system's investment in a case management software that would allow campuses to track discrimination claims, including those that fall under Title IX.

The software would allow Title IX teams to update cases, record evidence and document all phases of an investigation.

Wolfe also said strong leadership is key to change the culture of sexual harassment and discrimination on all four campuses.

"We need Title IX leaders, the highly-trained individuals in their roles under this leadership, in place," Wolfe said.

All members of the Board of Curators voted in favor of the policy changes.