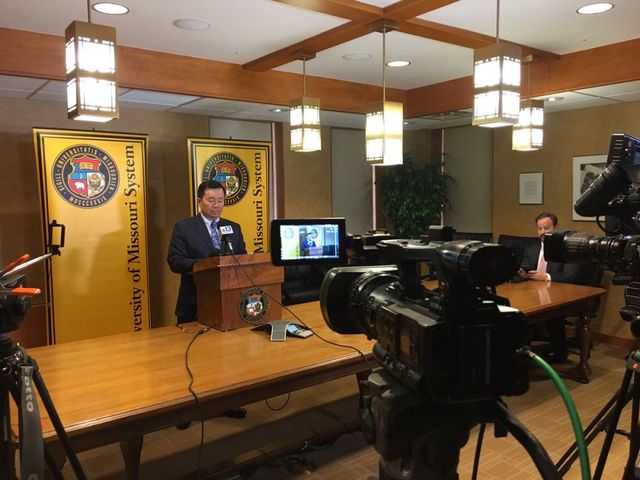 COLUMBIA — The University of Missouri System's President Mun Choi announced Friday morning the termination of an incentive program for top-level administrators.  The decision is effective immediately.

The news conference was in response to a state audit that criticized the payments and questioned their legality.

Choi announced in the meeting that the UM System would not ask any administrators to return past incentive payments.

"As the state's premier public university, we owe it to the state's taxpayers and our stakeholders to be transparent with respect to what we are trying to accomplish as we move the university forward," Choi said in a news release.

"To that end, I will explore options for making our executive performance practices more effective with any changes fully vetted with the Board of Curators."

Maurice Graham, chair of the UM Board of Curators, said in the news release that the board "strongly supports" President Choi's decision.

Choi said the state is facing some budget challenging and programs will have to be cut to deal with budget shortfalls.

He also emphasized the need to pay faculty and staff at market value in order to attract and retain talented individuals.

He added that the board will not raise tuition by 15-17 percent.  He said the plan is to keep tuition very affordable.

"We are going to be very innovative and entrepreneurial," Choi said.

Choi mentioned it's important to regain the trust with faculty members and he will host an official meeting to meet with them on March 22.

"This will require active engagement, with our faculties, students and staff as well as our elected leaders, including Governor Greitens and the legislators that we have who best serve this state of Missouri," Choi said. "And most importantly, we need to work with Missourians throughout the state."