UM system leadership wants to move on from bad publicity 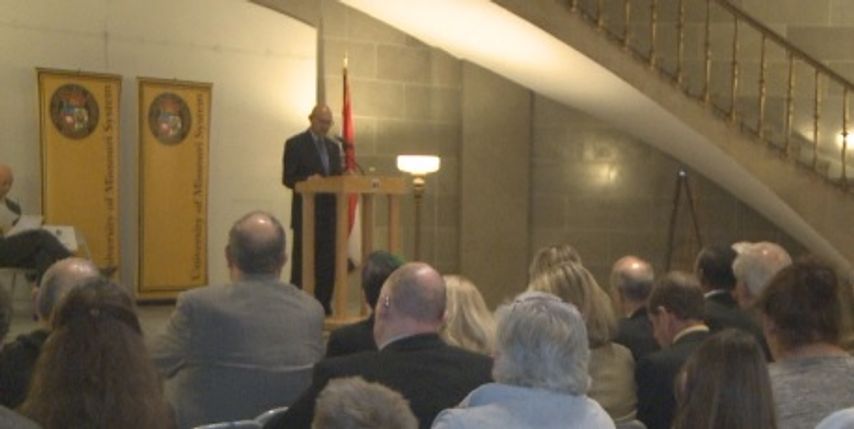 JEFFERSON CITY - The UM system leaders said their message is "looking towards the future," as they spoke at the UM System Legislative Day at the capitol.

The goal of the legislative day is for all four campuses to come together and talk to state lawmakers.

During the legislative rally, interim president Mike Middleton said the UM system brings much to the state of Missouri.

"We are educating tomorrow's leaders. We must encourage our legislators to not punish the UM system," Middleton said.

The House Select Budget Committee voted Tuesday to cut roughly $7.6 million from funding for the UM system administration. The committee voted to restore about $400,000 in cuts to the Columbia campus that would have been equal to the salaries of several people, such as former MU professor Melissa Click.

Middleton said the budget cuts force the system to face "scarce resources," which jeopardizes the quality of the UM programs. He said the restoration of the $400,000 is a good step in the right direction.

The UM leaders said they have three goals: accountability, transparency and fiscal responsibility.

Rep. Kip Kendrick, D-Columbia, said he will continue to fight for the university, but is tired of talking about Melissa Click.

"It's as almost as if Melissa Click is impeding job growth in the state of Missouri with as much time we talk about her and her actions," Kendrick said. "We have much bigger issues to talk about in this capitol."

"I think the best way to deal with that is the resolution that I pre-filed yesterday that allows an objective evaluation by an outside group to make a determination of what needs to be fixed at the university before we make those funding determinations," Schaefer said.

He said it was a "positive step" that MU fired Melissa Click but does not agree with the university's process and rules which were used to fire her.

"The process to actually terminate her under the university's rules was never even engaged," Schaefer said. "In other words, the only way that could start would be from a faculty member complaint, which was never filed. The chancellor actually doesn't have the ability to terminate her. The curators took the extraordinary process step of going forward and doing it on their own."

He said that shows the university's rules on firing a faculty member need to be changed because they are "clearly not responsive to anybody."

UM System fights for funding amid talk of budget cuts