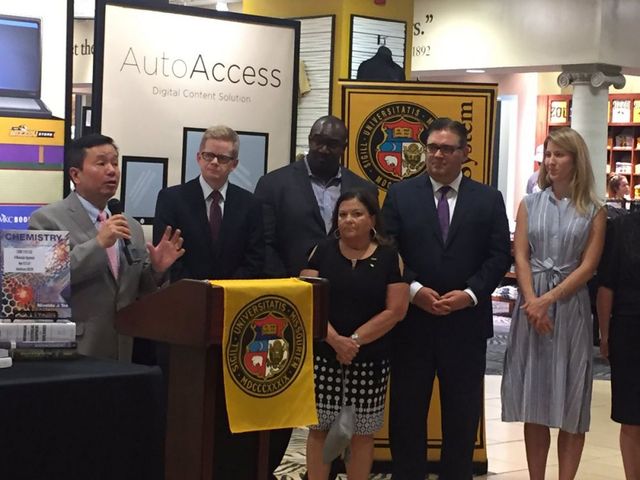 COLUMBIA - While tuition for students going to a University of Missouri campus has gone up recently, one of the staples of a college experience could be going in the opposite direction.

The plan is to adopt affordable Open Educational Resources (OER).

OERs are free, online accessible texts - an alternative to paying costly publishing costs. The plan will also introduce an online database called Auto Access, which will make textbooks and class materials available at an affordable rate.

According to Choi, students in higher education spend $1,200 on textbooks annually. He estimates the initiative will save students $7.2 million.

Choi is working to deal with budget issues across the system, and believes this is one way to try and cut down on costs.

"By providing open-source and affordable textbooks, we are meeting the needs of our students by lowering their costs and increasing their access to the resources that will help them be successful on our campuses,” Choi said.

Nathan Willett, president of the Missouri Students Association, spoke at the announcement and expressed his approval of the plan.

“Some students don’t purchase required textbooks because it’s too expensive; it ends up hurting their academic success,” Willett said. “Any time we can make textbooks or course materials more affordable, it’s a win for students, and the university is still able to provide the same high-quality education."

Isaac Wright will soon be a biochemistry major on MU's campus and hopes this plan makes college more affordable.

"I hope it gives people more opportunity to pursue what they want and not have to worry about paying loans" Isaac Wright said.

The system-wide initiative will launch this summer. Choi hopes the database will accommodate all general education courses.