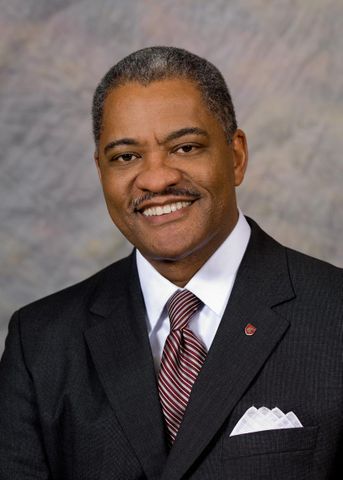 Floyd died on Saturday after a battle with colon cancer. He was the UM president from 2003 to 2007. He left the UM System to become Washington State University's President, where he was president until his death. While at Washington State, Floyd advocated and eventually succeeded in creating a medical school, which there is now a petition to name it after him.

Current UM System President Tim Wolfe was one of the guest speakers sharing anecdotes and Floyd's passion for his work.

"His legacy remains strong in Missouri, and I only wish I could have seen him again and told him that," Wolfe said.

One of his old colleagues, Jacqueline Kelly, had a particular memory of Floyd that has stuck with her.

Most of those who spoke talked about Floyd's dedication to higher education, his ability to get a job done well and his ability to make everyone feel like they were important.