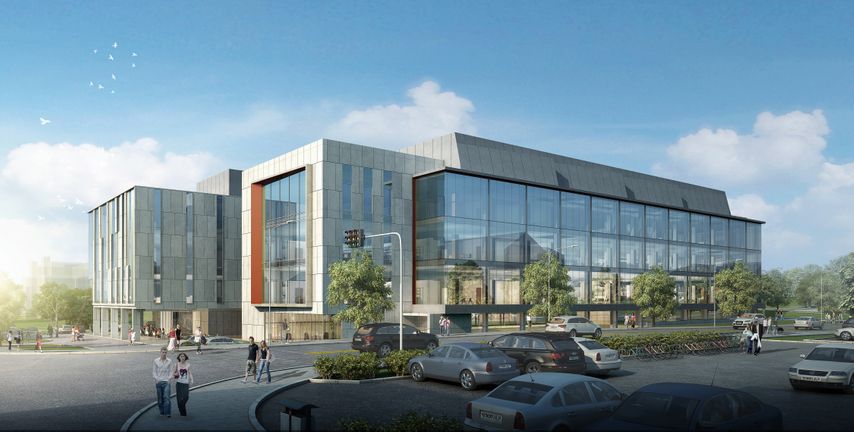 COLUMBIA – MU offered a first look at the design of a new, multi-million dollar precision medicine complex. The $220.8 million facility, which is considered a “game changer” for the state, is part of the University of Missouri System's precision medicine initiative.

“This building is meant to take the latest in research accomplishment and translate it into something clinicians can apply in the clinics,” said Mark McIntosh, UM System vice president for research and economic development.

The Board of Curators approved the project in December and named it the highest priority investment for the UM System.

“This project is not a game changer for MU and the UM System, but really the entire state of Missouri,” said Elizabeth Loboa, MU vice chancellor for strategic partnerships. “The overarching goal in the precision medicine complex is to improve the quality of life for Missourians and to figure out how to reduce the cost of healthcare.”

Loboa said precision medicine takes into account information beyond genetics, such as diet and lifestyle to improve diagnoses.

One way UM hopes to do that is through increased interactions.

“Science these days is collaborative, it’s team based, and so you create facilities now that enhance the number of collisions because, with every collision, comes an opportunity,” McIntosh said.

All four UM campuses will function as one university with a mission drawing upon the expertise of all four campuses, McIntosh said.

“If you bring in the health care capabilities in the Kansas City area, the engineering capabilities of Missouri S&T, the social science and community-based expertise in the St. Louis area, we have an incredible strength across our campuses,” he said.

UM System President Mun Choi announced the university plans to invest $50 million into the precision medicine initiative and hopes to get the rest of the money from donors and the state and federal government.

[Editor's note: A previous version of this story incorrectly stated the value of the complex.]