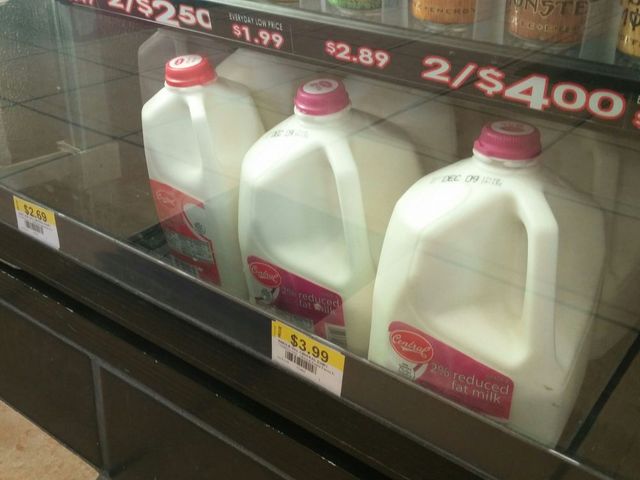 COLUMBIA - In an effort to increase access to healthy food choices, the U.S. Department of Agriculture announced new standards for retailers in the Supplemental Nutrition Assistance Program, or SNAP, Thursday.

This change might affect more than 770,000 Missourians who use food stamps.

The updated regulations increase the amount and variety of staple foods retailers must carry. Specifically, stores need to provide at least seven varieties of food in four categories: vegetable or fruits; dairy products; meat, poultry or fish; and bread or cereals.

The minimum number of items is 12, but starting in about a year, it jumps to 84. If a store doesn't increase its stock, customers can no longer use food stamps to buy products at the store.

What might cause issues is how the regulations classify items. For example, apples, carrots and pears will be considered three separate items. But two different kinds of cereals will still be considered the same item, because they contain a similar main ingredient.

In addition to supermarkets, dozens of gas stations and convenience stores in Columbia accept food stamps.

A Phillips 66 sales clerk, Cal Murray, said he thinks the store will adapt to the new requirements. "We have pretty much everything that they say," he said. "Everything but, like, meats and stuff like that, but I'm pretty sure we're just gonna get sliced meats."

Murray said he thinks offering more variety of SNAP-eligible foods will boost sales. He said, "A lot of times people don't really want to spend too much, so they kind of get a bare minimum of stuff and it's not, like, great, so if there's more variety of stuff to choose from, I feel like they're going to be more willing to buy other stuff."

But under the new regulations, many gas stations might not remain eligible. According to the USDA press release, "Changes to the definition of accessory foods ensure that stores are not able to participate in SNAP by selling primarily snack foods." The department lists desserts, spices, most beverages, seasonings and snacks as accessory food items.

Deanne Stubblefield, the family development supervisor at Central Missouri Community Action, said the updated standards will have positive and negative consequences. "If they're not able to access more of what is considered unhealthy-type things, like chips and soda and whatnot, [that] could be a plus," she said.

But, she also said, "For those that potentially lack transportation or those types of things, maybe a convenience store or gas station is the closest that they're able to walk to or to get to, where they may not have a large selection of things."

Accessing SNAP-eligible food could be a problem for people who live in food deserts, locations that don't have easy access to fresh or healthy foods.

Stubblefield said people might have to rely on friends to drive them to the store or pay for a taxi, but they might not have the funds to pay for gas or a taxi fare.

"The intention is always meant to be a good one, but there's always gonna be drawbacks," she said.

The USDA does provide an exception for stores that do not meet the required criteria. If the store is in an isolated or underserved community, it might still be considered eligible. The final rule can be found here.