Understanding the rules for shooting fireworks in mid-Missouri 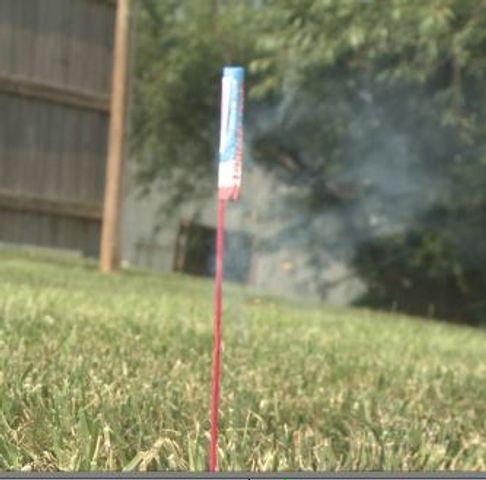 COLUMBIA- This July 4th weekend, there will be plenty of fireworks going off. And for lots of people in mid-Missouri, they bought their stock from Bob's Fireworks.

Bob's Fireworks owner Bob Gerau has been in the business for 50 years, and said he's still having as much fun as when he first started.

"We sell a lot of fireworks to families and that's great. Mom and dad and the kids get to do something together. Kids come in here and select stuff, and when they go out they bug the hell out of their parents to shoot it," Gerau said with a smile on his face.

There are two types of fireworks outlets. Seasonal retailers that pop up in July, and stores that stay open year-round, also known as "jobbers."

"Jobbers can sell year round, but the jobbers have a waiver you sign when you come in saying that if you're outside of that seasonal retail period, you're not going to use them in our state, or you're not a state resident, so that is the difference in how they operate," Carrell said.

Gerau said his business can operate year-round, but is mostly is only open during the two seasonal periods. "We can be on-call. It isn't feasible to have somebody here everyday, there's just not that much traffic," he said.

He said there is confusion about who Missouri fireworks shops can sell to.

"We're allowed to sell to Missouri residents. People are mis-advised about that," Gerau said. "They are basically required to hold them till the 4th of July or Christmas time, but you can buy fireworks anytime of the year."

Gerau has a simple tip for knowing where it's legal to shoot off fireworks.

"Basically, in the county where you can shoot guns. If you can hunt on the ground, you can shoot fireworks on that ground," he said.

Carrell said all commercial fireworks sold in Missouri have to be considered consumer grade and have the label of UN0336, "as opposed to the display fireworks that we see at the shows all over the state."

He advises people to be safe with fireworks over the holiday weekend, even fireworks that are considered to be less dangerous.

"On the bottom of my foot I have a scar," Carrell said. "And it's from stepping on a sparkler when I was a small child. Even when you put those down after they're done they're still very hot."

Gerau gave just one piece of advice for staying safe.

"If you light something on the ground, walk away from it."