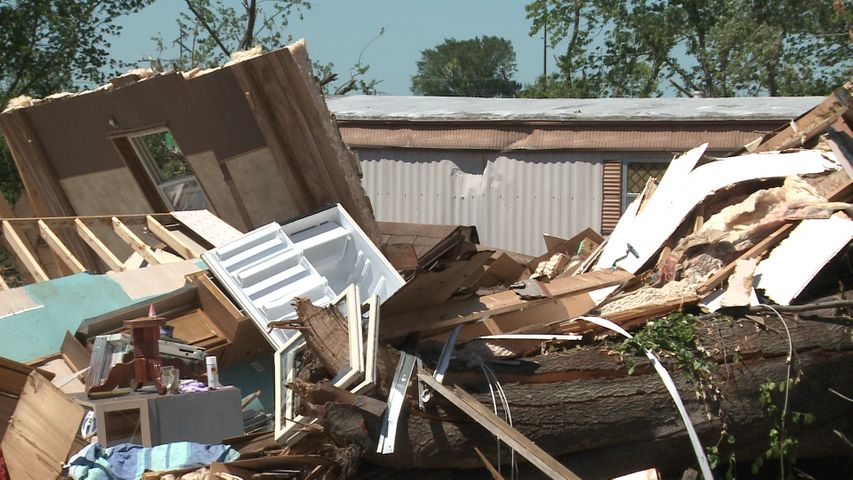 SEDALIA - Residents in Pettis County were happy Wednesday with the news that their county has been added to the federal disaster declaration from spring storms. The declaration allows individuals affected by the recent Sedalia tornado to access the 26-week Disaster Unemployment Assistance (DUA) program.

Governor Jay Nixon sought the declaration this spring after strong storms hit the state and flood waters rose. President Barack Obama granted the request, which opened the door for Missourians whose employment was lost or interrupted due to severe storms, tornadoes and flooding from April 19, 2011 going forward, to apply for Disaster Unemployment Assistance (DUA).

"Unemployment benefits are vital during times of disaster recovery as it is the only program that is able to deliver money into the hands of those affected in a short period of time, allowing them to take care of their needs while the community recuperates," Missouri Department of Labor Director Larry Rebman said.

"You see all the destruction and just want to get back to normal," Kathy Cramer said. "A tree fell through my roof and I have a cracked foundation, so hopefully I can get my home fixed."

"This is just a depressing time," Paul Carroll said. "Hopefully the benefits will help me keep a roof over my family's head until I find a job."

To be eligible for DUA benefits under this Presidential Disaster Declaration FEMA-1980-DR, individuals:

Also eligible to apply for DUA are individuals who:

* Can no longer work or perform services because of physical damage or destruction to the place of employment as a direct result of a disaster; or.
* Cannot perform work or self-employment because of an injury caused as a direct result of the disaster; or
* Became the breadwinner or major support of a household because of the death of the head of the household; or,
* Cannot work or perform self-employment due to closure of a facility by the federal government.

Applicants from Pettis County must file a claim for DUA no later than July 14. Individuals who may be eligible for assistance should call (800) 788-4002 for information about filing a claim.