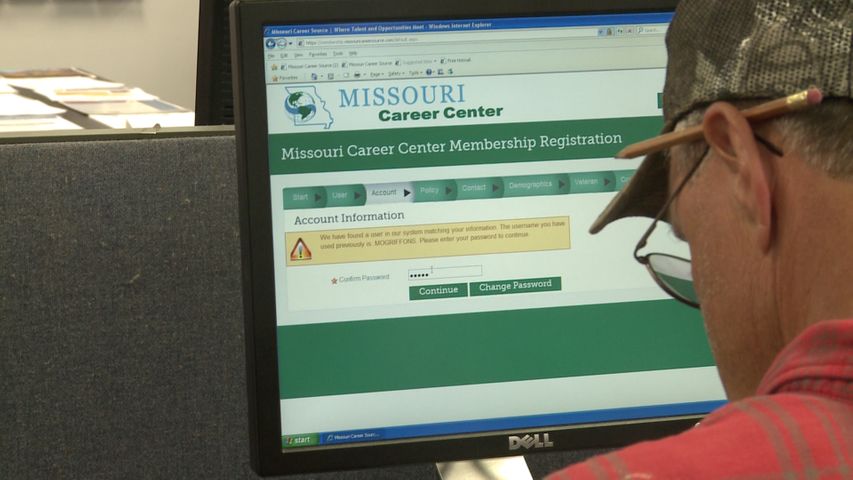 JEFFERSON CITY -- Missouri lawmakers Monday discussed a bill that would reduce the maximum state unemployment benefits from 26 weeks to 20 weeks. Unemployed Missourian's are currently eligible for up to 99 weeks of unemployment benefits between state and federal programs, but the new bill will reduce that to 93 weeks total. The bill comes as a compromise when some state senators wanted as many as 20 weeks taken from the total as part of the budget balancing efforts.

But while lawmakers debated the issue at the state capitol, many citizens, especially those who are currently on unemployment, worry the effect it could have.

"I worry for the people on unemployment who have been looking for a job for months," Yolanda Galvin said. "Six weeks extra may not seem like a lot, but everything helps when you're out of work and looking for a job."

Galvin said she recently found employment after being on unemployment benefits for several months, but said she is concerned for those who don't find work as easily.

Judy Widner, who runs the Jefferson City Career Center, said most people find employment before the 99 weeks are up.

"Most people find work faster than that, but for others, they run out their whole 99 weeks and are still looking for jobs," she said.

The bill came about as a compromise modeled after a similar bill in Michigan a couple of weeks ago. The only major difference is that in Michigan, the cut to unemployment benefits won't take effect until 2012, while the Missouri bill would take effect immediately.

"The people who make this country run, the working people who are struggling and out of work, they really need to get what they need right now," Tracy Whelan said. She said her husband lost his job and has since only been able to find temporary work, but also said there are others who are even worse off.

Misty Oliver has been unemployed for over four months now. She's a mother of twin boys and said the difficult economic climate makes it harder to find jobs, but finding work is more important now than ever.

"Just having kids and trying to find work, I feel like I'm trying and I'm not getting anywhere," Oliver said. "It's just really hard."

She added that 6 weeks might not seem like a lot until you're on unemployment and realize just how tough it is in the current economic climate.

And Whelan agreed, "We're talking about six weeks here, it's not a lifetime, but those on unemployment should still have it."

But with all this worry about losing six weeks Widner put the lose into context, "They're cutting this by six weeks and that's what most people will see, but after the 20 weeks of state funded unemployment benefits the federal benefits kick in."

Basically, the cut will reduce the total length of time someone can remain on unemployment benefits from 93 weeks to 99 weeks.

After going before committee Wednesday, the bill is expected to be pushed quickly through the state house and senate this week and could be on the Governor's desk by week's end.