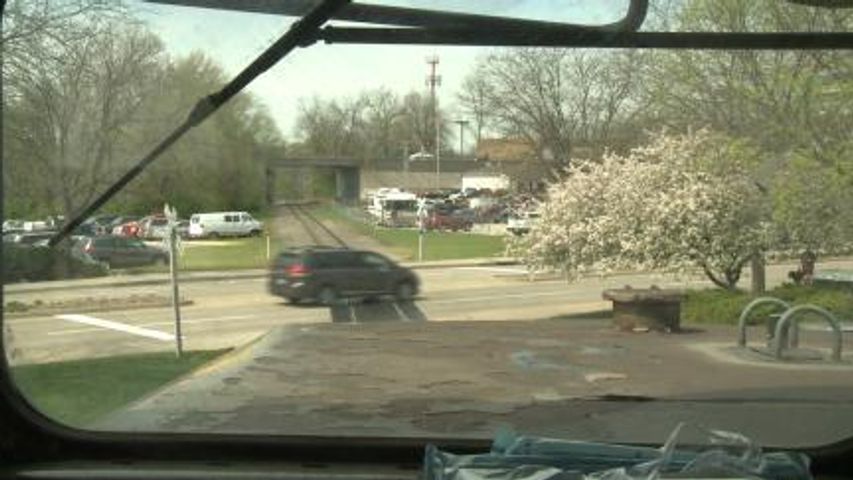 According to Union Pacific Police, the problem is that despite railroad crossing signs, trains honking their horns, and flashing lights at crossings, collisions between cars and trains still happen. Union Pacific Police said there were three accidents in Jefferson City in 2012.

Locomotive engineer Allan Kingsbury said it's very difficult for trains to slow down for cars that do not pay attention to the signals. "We see a lot of people that go around the gates and sometimes they don't even look. They come up to them and just keep on going. I've had some close calls. I've never hit anybody, but I've had some real close calls," Kingsbury said.

According to the Federal Highway Administration, in 2009 there were 136,041 public at-grade crossings. And while there are fewer railroad grade crossing fatalities, injuries, and crashes, there were almost 1,900 incidents that resulted in 247 deaths, and 705 injuries.

The Federal Railroad Administration reported that overall the number of U.S. train accidents feel last year by 16.5 percent. But that was not the trend for pedestrian accidents. The number of railroad pedestrian fatalities reached 442 in 2012. This was an increase of 7.5 percent from 2011, and marked the highest level in 6 years.

The Federal Highway Administration suggests motorist's take extra caution at crossings. Some tips include approaching with care, look and listen both ways before crossing, and when drivers do cross they need to commit and not stop.