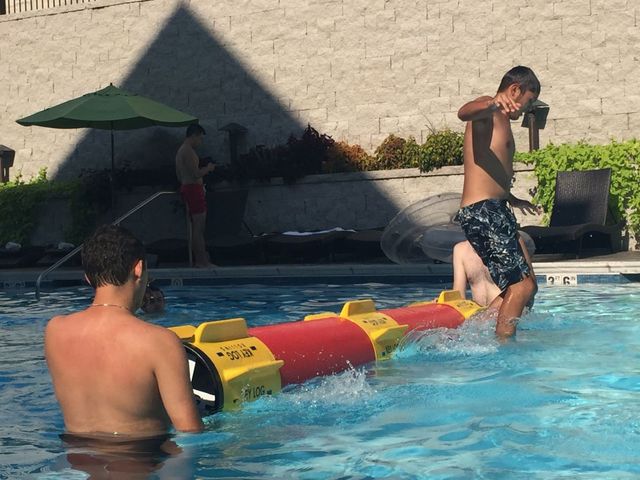 COLUMBIA - There are currently 42 Olympic sports that will take place at the 2016 Olympic Games in Rio de Janeiro next week.

"We were just looking for more creative ways to bring more people to the Mizzou Aquatic Center." said Christina Rial, an aquatic coordinator for MizzouRec. "This was one of the ways we're like 'Well this is new and upcoming so let's try this out here.'"

"We saw this on Facebook posts and conferences we've been to through work." said Rial. "It looks like people are having fun. We're curious, so why don't we give it a try?"

Log rolling programs have been established at more than 350 clubs, camps, colleges, and military bases in just the past three years. The growth of the sport could give high hopes for an Olympic future for log rolling.

"It's grown a lot." said Rial. "You have the recreation centers and the camps that are getting the targeted lower ages that will be able to help grow this into becoming an Olympic Sport, which is fantastic."

Since "Log Rolling Tuesdays" began on June 7th, Rial says the response to the new sport at the Mizzou Aquatic Center has been very positive.

"A lot of people are hesitant." said Rial. "Some just want to get on immediately, and they've all been really positive. It's been great to see and having people enjoy it."

MizzouRec will have the Key Logs out at Truman's Pond on Tuesdays throughout the upcoming school year.