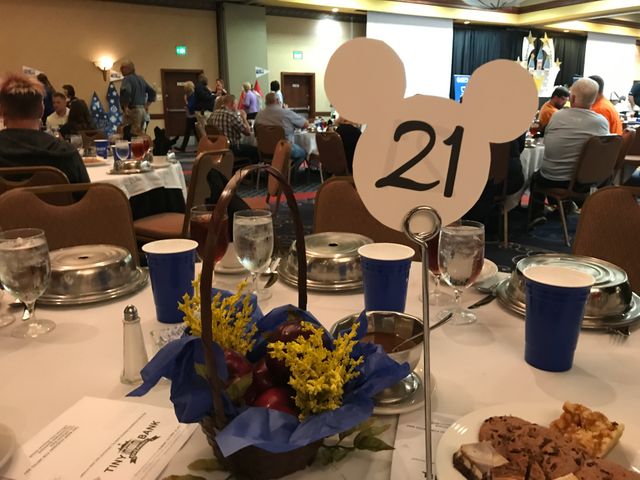 JEFFERSON CITY- The United Way of Central Missouri celebrated the kickoff of their 2017 community campaign Thursday over a luncheon at the Capitol Plaza Hotel.

The event honored the 32 community "pacesetters."

"When we talk about the term pacesetter, we are talking about businesses in the community that take the lead, or set the pace, for the United Way campaign," said campaign co-chair Jayne Dunkmann.

This year, United Way of Central Missouri aims to raise $1.875 million, which will go to various community groups throughout the state of Missouri.

"Without our United Way partnership, they would not be able to operate within our community," said United Way of Central Missouri president Ann Bax.

"It's every dollar that makes the difference. Not just one dollar, but everyone in the community contributing," said Dunkmann.

"We have had the privilege to see the way this community rallies around United Way, and see the people who benefit from the services of the agencies and benefit from the generous support of our community," Dunkmann said in a press release. "I have seen that with this support, United Way does bring hope to the hopeless, pick people up and help them gain or regain self-sufficiency."

United Way's 2017 campaign theme is Disney, inspired by the quote "If you dream it, you can do it."

Bax expressed the importance of United Way's across the country.

"When you think about all that is happening in southeast Texas, and all that are hurting there, that's what United Ways are here for," she said.

The United Way of Central Missouri now enters into the second half of its community campaign, which will take place during September and October. It will feature multiple events, including "United Way Days of Caring", on September 7-8, which will mobilize more than 350 volunteers to help in classrooms, landscape, paint and more.