United Way of Central Missouri awards more than $115,000 in grants 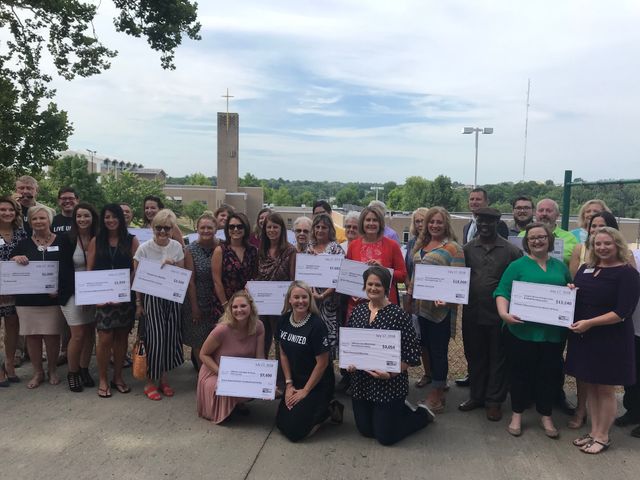 The money will be used to buy things such as handicap accessible vans, new media equipment for a senior center and audiometers for Jefferson City Public Schools students.

"Actually I've got goosebumps. I'm just so excited and it's such a great thing. Our community is so giving, and this is kind of like the cherry on top of the ice cream that there's just one more way that they give back to us so we can help our students," Enloe said.

"Literacy is such a big emphasis. It's so important. It is the basis of learning," Enloe said. "It can sometimes be difficult for students who have trouble hearing."

"Everyone is important to the United Way," Bax said. "So together we are fighting for the health, the education, financial stability and really just the basic needs of everyone in our community."

The money for the grants came from the United Way's successful 2017 campaign. It raised more than $1.75 million.

"This is all possible because of the generosity of the community," Bax said. "They understand the work we are doing, they support us and thanks to that support, we put that money right back into the community to make it stronger and healthier."

The campaign's theme is "Change the Game."