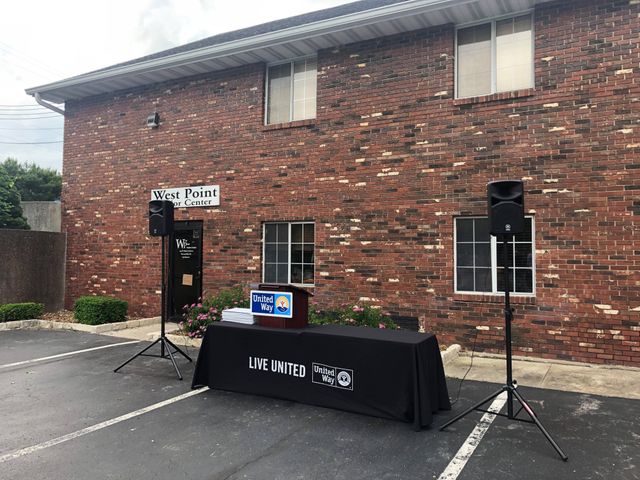 Twenty-five agencies got the grants, including the American Red Cross and the Food Bank for Central & Northeast Missouri.

Ann Bax, the president of the United Way of Central Missouri, said most of the community support grants were approved before the tornado hit.

"We wanted go ahead and fulfill those commitments because the needs are still there and still real," she said.

Bax said the United Way Foundation Board decided to gift $200,000 in funds to United Way of Central Missouri to replenish the funding spent on grant to help the community recover after the disaster.

"That foundation was formed in 2003 as the safety net for the United Way, our community, and catastrophic events." she said.

Lindsay Lopez, the executive director of the Food Bank for Central & Northeast Missouri, said the food bank has seen a increased need from people who are displaced from their homes and business.

One service being offered is Buddy Packs, which provide food for children in need during summer, when school lunch programs aren't readily available.

"We have a buddy bank that is located here in Jefferson City, that allows volunteers to come on set and to pack buddy packs for students throughout this community," she said.

Bax said the United Way of Central Missouri has been helping mobilize volunteers and donations.

"People will rebuild, and we will rebuild structures," she said. "But I think even more importantly, we are going to be there and to hold the hands of the people who have lost their homes."