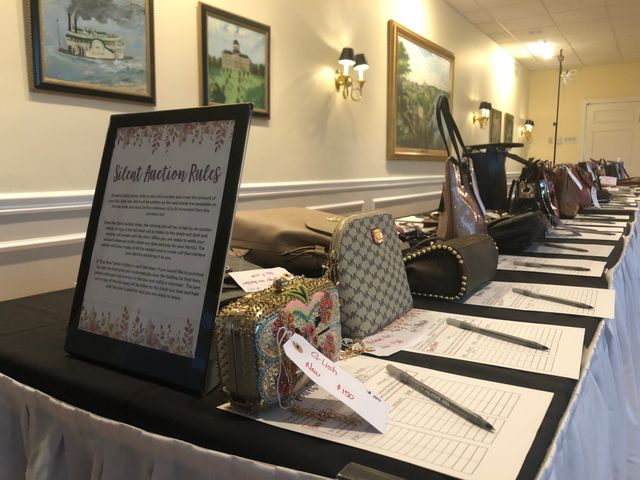 This is the second purse auction United Way of Central Missouri has held that raises money for the organization. Sally Moore, Power of the Purse co-coordinator, said this event is just the start of United Way’s fundraisers.

“This is an exciting event because it’s the inaugural event for the 2018 campaign,” Moore said.

Power of the Purse received 110 purse donations, ranging in price from $25 to more than $1,300. The majority of the bags were sold in a silent auction, where buyers bid by writing down their buying price in front of the bag. Fourteen bags were bid in a live auction with models.

The United Way of Central Missouri raised more than $40,000 in last year’s Power of the Purse auction. Moore said that in events like this, every dollar counts in helping those in surrounding counties.

“When someone donates a dollar, 92 cents of that goes back to our local agencies,” Moore said.

Twenty-eight partner agencies benefit from proceeds raised by the United Way of Central Missouri. Some of those include Boys and Girls Club, Senior Nutrition Council and Little Explorers Learning Center.

Ann Bax, president of the United Way of Central Missouri, said even if all of the bags don’t go home with a new owner at the auction, they will still be put to good use.

“The United Way will donate the bags that didn’t sell to Dreams to Reality,” Bax said. “They’re an organization that works with women who are getting into the force. So a lot of women can use those purses.”

Guests at Power of the Purse could take part in other raffles that go toward the cause.

To learn more about Power of the Purses and more events organized by the United Way, visit their website.