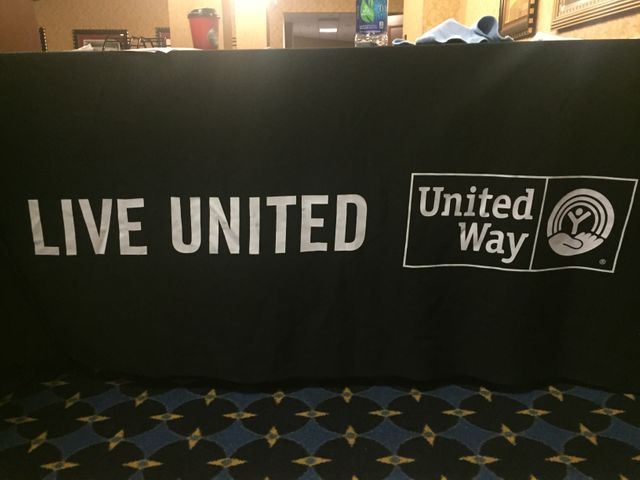 United Way is an international foundation with the mission to improve lives by mobilizing the caring power of communities around the world to advance the common good, according to its website. The Mid-Missouri chapter has 28 partner agencies, along with more than one thousand volunteers serving seven counties in central Missouri.

"We all have the same goal for the community; we all want to help each other out," Cassidy Vax, from partner agency Community Health Center of Central Missouri, said. "Just the fact that we can all come together and do that is great."

The organization's fundraising goal has increased to two million this year due to a growing community need, according to campaign co-chair Missy Dunn.

"It's really incredible how everyone is stepping up to the plate and they're making it happen," Dunn said. "I have no doubt that we will definitely reach that goal."

Alongside presenting its community campaign, the organization commended its 2018 area businesses, known by United Way as Pacesetters. These businesses host internal campaigns to jump start the fundraising for the community campaign held in September and October.

"We just had our company campaign, so coming here and seeing the support that the other pacesetters and community members give to United makes this a great event," Vax said.

For this year's fundraiser, Dunn says her main goal is to raise awareness for the fact that even a small amount can help.

"Really around 75 percent of [reaching the goal] comes from individual giving and I think people don't realize that every dollar truly counts," Dunn said.

Money raised for the United Way will go towards funding and supporting partner agencies' work towards improving life for community members, according to the organization.