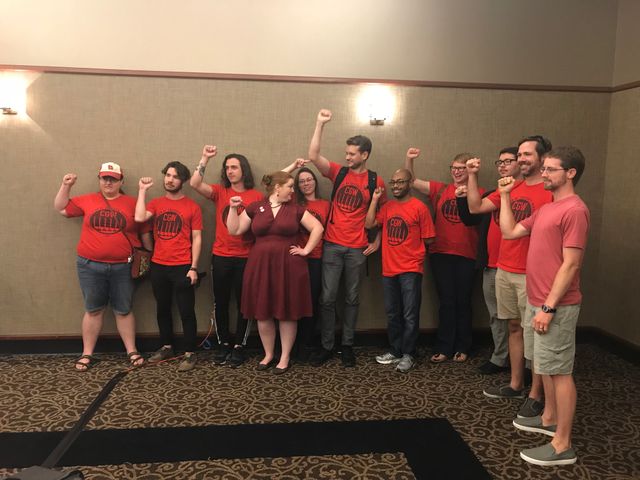 COLUMBIA - Graduate students at the University of Missouri celebrated Thursday after they were officially considered employees, but the celebration may not last.

Judge Jeff Harris of the 13th Circuit approved the decision for graduate students to unionize on Thursday.

On Friday, UM System President Mun Choi said in a press conference the university plans to appeal the decision.

"We do not agree that graduate students are employees," Choi said.

Eric Scott, a member of the Coalition for Graduate Workers (CGW), said he is frustrated after what he called repeated assertions by university leaders that they did not want bad relationships with graduate student employees.

"It was just that they felt that there was not good legal guidance on whether or not graduate student employees had the right to unionize," Scott said.

Coalition members also expressed concern when some officials said they had not even read the judge's ruling.

The coalition began in 2015 when university officials told graduate student employees they would no longer receive health insurance.

"We were told by a meeting with the senior administrator, at that time, 'you know, if you would have been unionized, then we couldn't have done this to you,'" Scott said. "So we thought, well that sounds like a pretty good reason to start organizing."

Coalition co-chair Simona Simkins said the decision made on Thursday was a victory for the group.

"We were ecstatic," Simkins said. "We were incredibly happy. Everyone was completely surprised when we all got the news."

She said hearing the announcement on Friday was disappointing, but not surprising.

"We were prepared for that. We have understood that that is a definite possibility," Simkins said.

Natalie Teague, a lawyer for the Missouri National Education Association (NEA), said the plan to appeal will result in further delays to collective bargaining. But the group is remaining positive.

"We are just so pleased with the decision," Teague said. "Judge Harris' decision was so well reasoned and it follows established Missouri law, that we are confident that it will be upheld."

Choi, Steelman and the other curators went into a closed meeting after the conference to discuss the ruling and possible responses by the university.