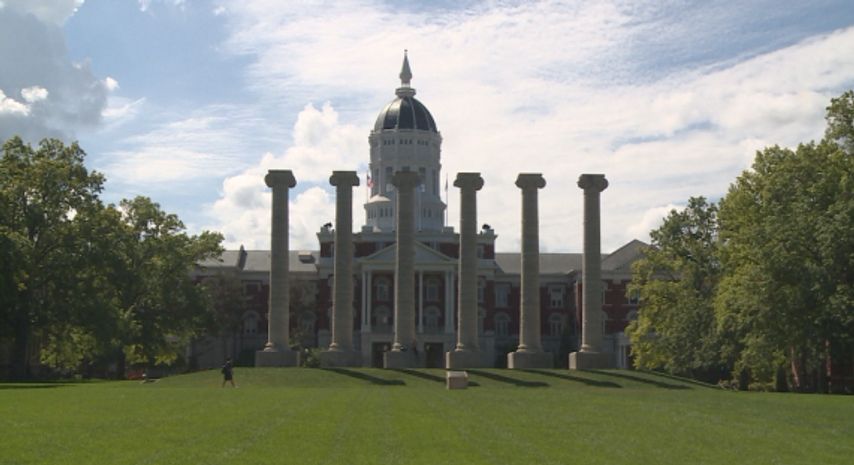 COLUMBIA - The University of Missouri System President Mun Choi outlined a plan Friday for $260 million in investments over the next five years.

In his speech titled "Excellence Through Innovation: A New University of Missouri System" he announced the UM System will use the money to expand scholarships, digital learning, research, and more.

The money will come from a one-time allocation from the UM System which will be matched by the four universities within system. Those matches will not necessarily be dollar for dollar.

Christian Basi, Director of the University of Missouri News Bureau, said the four universities will be able to put forward proposals to obtain some of the money, but will be expected to put forward some sort of financial investment themselves, as well.

Choi also highlighted the importance of reducing student debt when they graduate college by reducing the amount of time students need to work and attend school. He said this investment is particularly important for students who qualify for pell grants or are close to qualifying for pell grants.

Seth Howes, Assistant Professor of German at MU, said he sees many students every semester working hard to survive financially.

"A large number of our students work full time jobs in addition to balancing, you know, full course loads with that. A lot of them work part time jobs," Howes said.

"The fact that they've announced $100 million in scholarships, that's a real number. And that 75 million of that is going to go to need based aid I think is a really wonderful thing for students in the MU System," he said.

Choi also outlined a five year plan to increase salaries for faculty and staff after what he called "painful" changes, including cuts to finances and a number of faculty members for the current year.

"I did not include what the salary increase is going to be because that's going to be provided from each of the four universities. The $7.5 million is used to develop training programs and well-being programs for faculty and staff," he said.

"But in addition we're going to have to find money available at all four universities for the increases over the next five years."

Howes said the salary increases are important to keeping talented scholars from leaving the UM System.

"If you want to be a great university, you have to not only attract great talent, which they're trying to do with some of the other money, but you have to keep the great talent that you have," he said.

The UM System will also work with the Missouri Chamber of Commerce to expand internships for students through a program called Missouri Intern Connect.

Choi clarified the UM System does not have $260 million saved right now, but plans to grow that money over the next five years. He said the investments outlined in his address are critical to the University.

Howes said he looks forward to seeing the promises in the announcement bare fruit.

"I think that the clarity of President Choi's announcement is very good, right? There are actual numbers in it and, you know, he knows and we all know that in a couple year's time it's going to be possible for everybody to look and see how these investments have paid off," Howes said.