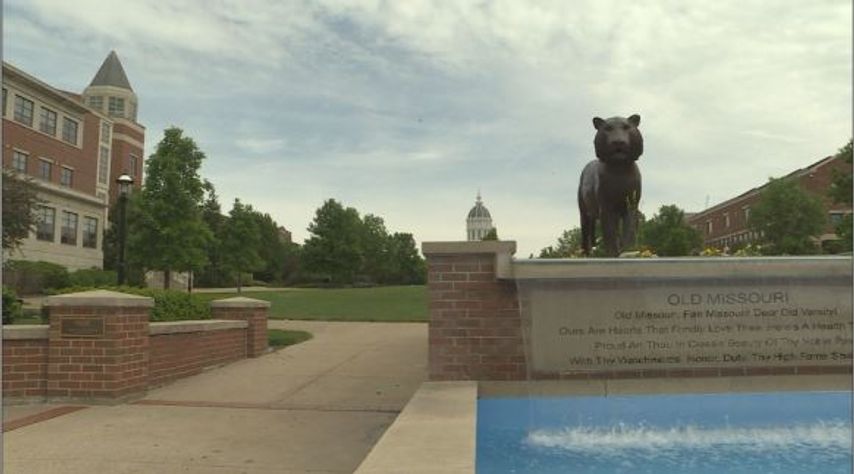 ST. LOUIS - The University of Missouri Board of Curators announced cuts to costs Friday to help with enrollment at all four campuses throughout the state.

UM System President Mun Choi said this is a step in the right direction for developing these four universities more.

The University of Missouri-Columbia is continuing to to cut costs for room and board on the main campus.

All four universities will be using a service called CenGage to reduce the cost of textbooks. CenGage is the largest textbook distributor in the United States according to the Vice President of CenGage Kevin Stone.

"This is the first institutional wide partnership of it's kind. We are excited about this for so many of the reasons thus far," Stone said.

The projected total of savings on textbooks is $3 million for all four universities. Stone and Choi both said the savings could increase over time.

"We think we can play a key role in driving those metrics in the way you and the leadership team wants to drive them," Stone said.

The UM System will also start pushing for more e-learning opportunities for its students. It plans to have 25,000 e-learning students in the next five years.

This is a tall task, according to Choi, because Arizona State University did this in eight years.

Cutting costs and transforming the education of all four universities has been the two main factors in building the UM System.

"We owe it to students we accept into our university to ensure that they graduate, graduate on time and graduate with lower debts and be successful," Choi said.

At the end of the public meeting, the UM System Board of Curators elected former Mizzou basketball star John Sundvold as chairmen of the board in 2019.

This is the last meeting for the board this year and the next one will take place in Febraury at the University of Missouri-Columbia.