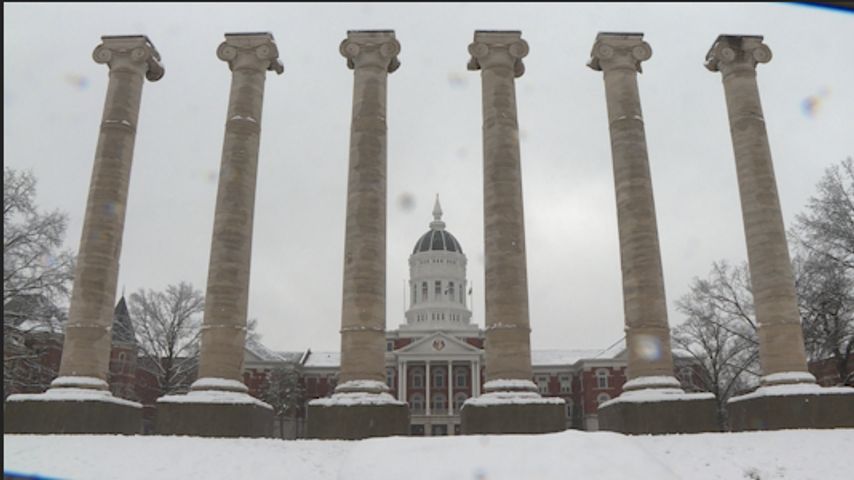 The school alerted students classes would start late, but later closed campus for the day. This came after Boone County emergency officials urged the public to stay off the roads. University spokesperson Christian Basi said the request was a significant factor in the decision to close campus.

"I think it would have been more efficient. Students wouldn't have had to get up early, wondering if classes are cancelled or not," Cleary said.

The school began working with road crews and meteorologists at 4 a.m. to determine the conditions of roads entering campus.

"At the time, it appeared the roads would be clear around ten and safe," Basi said. "Boone County's request was a significant factor in the decision to close."

Class cancelations have become more common on campus in the last five years.

With more opportunities to work from home, Basi said staff is able to be more productive during school closings.

He said although some productivity is lost, student safety has always been the school's first priority.

Freshman Kate Bowles is happy with the school's decisions so far this year.

"From what I've seen, I think the university does a good job of prioritizing their students," Bowles said.

Cleary disagrees.  In the last two years, he has felt unsafe going to class.

"They're not thinking about students' safety," Cleary said.

Basi said no two weather events are the same. With dangerous roads and no chance of warmer temperatures, Friday was different than days campus stayed open in the past.

Law students say they don't get mental health treatment for fear it will keep them from becoming lawyers. Some states are trying to change that
(CNN) -- Before classes had even begun, a judge stood in front of Justin's law school class to tell them... More >>
18 minutes ago Monday, February 24 2020 Feb 24, 2020 Monday, February 24, 2020 3:35:00 PM CST February 24, 2020 in A Brighter Tomorrow
Share:
Email
Facebook
Twitter