University students put phones down; study shows they should 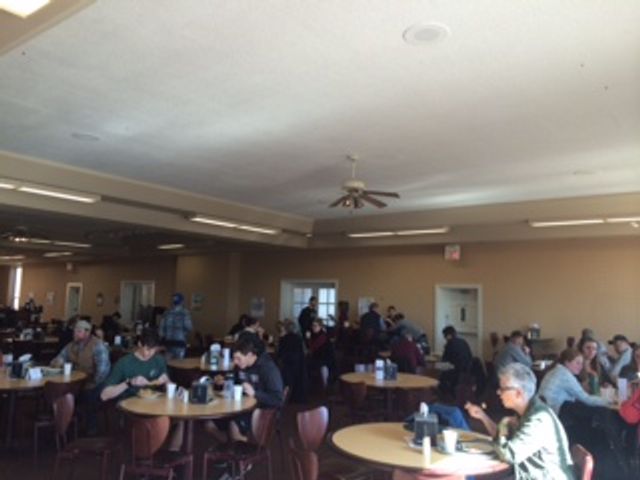 FULTON - William Woods University implemented a new program Friday to encourage students to put their phones down during lunch. It comes at a time when a growing number of educators and scientists are saying students need to step away from their devices more.

A recent study of New Jersey high school students found those who spent more time looking at smart phones and tablet screens before bed performed significantly worse in school than those who did not. That's because wavelengths from screens cause a student's brain to stay awake longer, which negatively impacts their attention span during school, researchers said.

Student leaders at William Woods say there are social benefits to putting phones away.

A program called "Phone Down Fridays" was created by Jahnae Barnett, the University's president, and a group of students called President's Twenty.

Elyssa Cappaert, a sophomore and a member of President's Twenty, said the group was aprehensive about the idea when Barnett brought it up.

"After thinking about it, we decided it was a really great idea. When you walk in, it's really cool now, because no one's on their phones and everyone is holding everyone else accountable," Cappaert said.

She said she believes her generation is so connected all the time and has become obsessed with their phones.

"I'm hoping, by doing this, slowly but surely it will limit the amount of time everyone spends on their phone and help everyone converse better," Cappaert said.

Ryan Stocker, another member of President's Twenty, said he has already noticed an increase of conversations in the dining hall after just one day.. He said he believes students holding each other accountable will help.

"Their friends are the ones saying, 'Hey put your phone down.' That's what it takes because, if it's just Dr. Barnett talking, no one is going to listen," Stocker said.

Travis Tamerius, director for Center of Ethics and Global Studies, said he thinks encouraging students to put their phones down more often is a great way for them to be more present.

"We've all seen how easy it is to have this wonderful gift of technology, but then be completely disconnected from the people that we're with," Tamerius said.