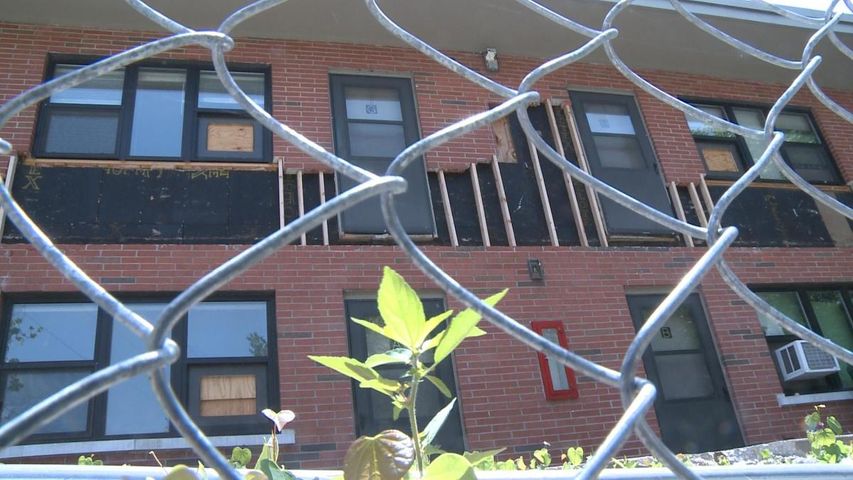 COLUMBIA - University of Missouri crews urged all of University Village residents to move out by Monday so MU can permanently close the site. The Student Parent Center, the daycare on site, has also closed.

Ehsan Naderi was one of the last people to move out of the apartment complex Monday. He said he enjoyed his time living at University Village.

"It was great, I especially like the MKT Trail," Naderi said.

Naderi is a doctoral student at the University of Missouri. He said it was also nice to have a short walk to school. Naderi will now be moving to the Tara Apartments on Ashland Road. In March, KOMU 8 News reported those apartments were being inspected and work was set to begin on fixing balconies.

"The distance especially in the summer is a problem for us because there is no transportation for students who are working," Naderi said.

Naderi said he will most likely ride his bike to school or buy a parking permit on campus. Other than the distance, Naderi said there really isn't much of a difference in quality between the two apartments.

"It doesn't cover the whole thing, but it covers some of it," Naderi said.

Naderi said there are other costs that can't be measured.

"Moving in and moving out is not something people are usually excited about," Naderi said.

While crews wait for the last residents to move out, they are working on preparing the site for demolition, which MU said will likely happen sometime between mid-July and early August.

"We're trying to finish pulling the last pieces of the apartments that are worth salvaging, and we're keeping three of the buildings here, and we're going to keep them as storage in case we do need to use any of those refrigerators, stoves, furnaces, or anything," student worker Jared Wyatt said.

MU Chancellor R. Bowen Loftin made the decision to demolish the apartments in March after a walkway collapsed and killed Columbia firefighter Bruce Britt on February 22 outside Building 707 at University Village. MU said the building is too old and would cost too much to renovate.

Ten companies have submitted bids to demolish the building including six from Missouri. The bids range from approximately $380,000 to $1.5 million. Bids include the cost of demolition and asbestos removal in addition to the cost of recycling half of the demolished material. MU is expected to release the winning bidder on the demolition project soon.