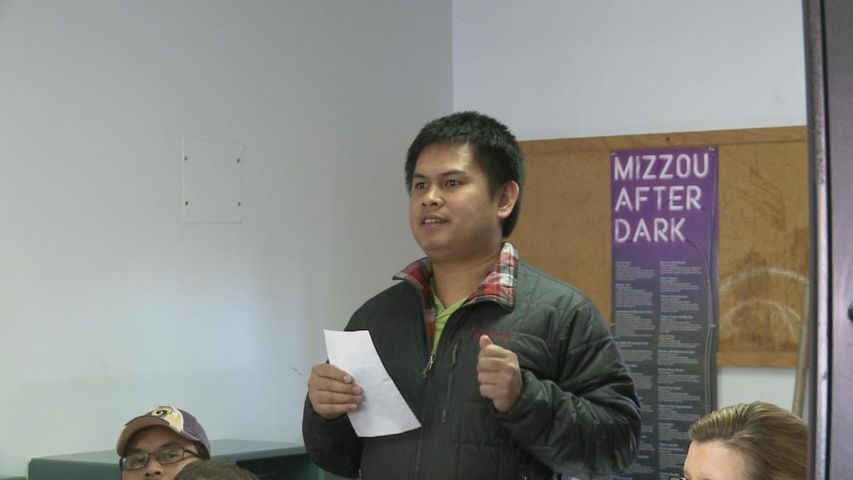 Some of the residents were not satisfied with the university's efforts and said they thought the conditions were almost unlivable.

"We kind of know that this is low on the scale on what you'd expect to find in apartment living and it's nearly shameful," Grace Wadholm, a two-year resident of the apartments said during the meeting.

The university said it is still searching for the reason for the walkway collapse that killed firefighter Bruce Britt early Sunday.  MU has hired engineering firm THH Inc. to investigate the collapse and to provide a structural inspection for all university buildings.

"We know we may not have all the answers right now but [the meeting] does give us an opportunity to go forward and find the answers to those questions," Christian Basi, a university spokesperson said.

The residents had many complaints including that the plumbing and some wiring hadn't been replaced since the building was built in 1955. They also complained of gas leaks and one resident said maintenance workers told her to put down a bucket when she complained of a water leak in her roof.

Basi said the university wanted to hear the feedback from the residents.

"That was the reason for the meeting was to find out what are the other issues that are facing the residents and we'll be definitely following up with every one of the concerns that the residents had," Basi said.

Some residents said their number one concern was just to feel safe again.