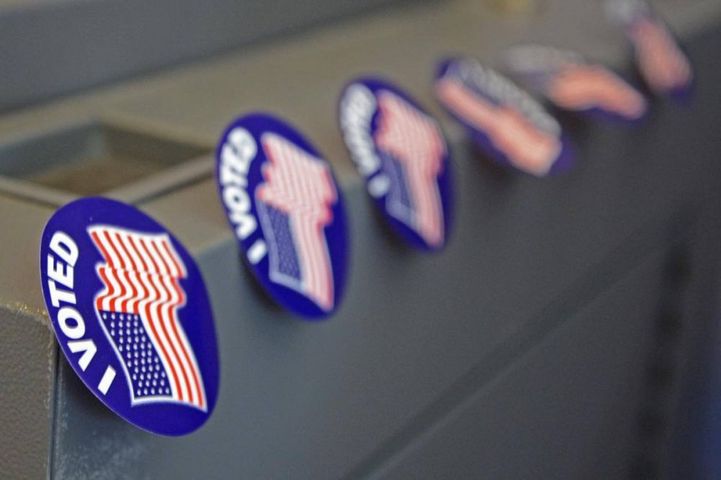 COLUMBIA - Secretary of State Jason Kander announced his office has received an initiative petition which proposes to significantly change Missouri's constitution as it relates to voting, this just days after the general election. The proposed amendment would remove party affiliation from ballots, meaning voters would not see which party which candidate belongs to.

Thursday, the secretary of state's office released a statement saying the petition, submitted by Damien Johnson of St. Louis, would amend Article VIII of Missouri's constitution, and that it is open for public comment for 30 days. It states:

KOMU reached out to representatives of the Republican, Democrat and Libertarian parties, and none expressed support for taking party affiliation off of Missouri ballots.

“With the untrue and misleading political advertisements of today, sometimes the only thing a voter can trust is the party name by each candidate,” said Homer Page, chairman of the Boone County Democratic Central Committee.

Greg Tlapek, chairman of Missouri's Libertarian Party, said he believes the amendment would cause a great deal of confusion, and would not help third-party candidates, or voters.

“Political parties really do help people give them an idea of what people are likely to stand for,” Tlapek said. “Who is going to do enough research to make an informed decision when there are potentially 50 or 60 people you’d have to look into for 13 races. You can’t expect people to do that, and have an informed opinion about it."

The second part of the proposed amendment would eliminate primaries, and require candidates to receive a majority vote in order to win. It states:

Steve Spellman, the treasurer of the Boone County Republican Central Committee, said he believes the petition was brought forth due to frustrations over Missouri's race for governor, in which Governor-Elect Eric Greitens, a former Democrat, faced off against Attorney General Chris Koster, a former Republican.

"This is probably a natural reaction to our political election this November, where, particularly the two governor candidates were maybe part of a different party in the past, and there were some ideologies in each of those and the character of each individuals that not everybody in the parties agreed with," Spellman said.

Both Tlapek and Spellman are in favor of a runoff. Tlapek said the presidential election highlighted what he believes is an obvious weakness in our democracy.

“We’re electing candidates without a majority of the vote, which is just pivotal for democracy,” Tlapek said. "We’ve disenfranchised people. In some districts, if you aren’t a Republican, you might as well stay home."

Spellman, a Republican, said the runoff could be very beneficial to Columbia, due to the fact there have been several races in recent history where two, ideologically-similar candidates have run and split the electorate.

"You'll see multiple people run for the same race, and sometimes they'll be similar in their leadership style, or ideology, and sometimes it'll split the vote, and people will have to go through a calculus as a voter," Spellman said. "If it's a three or four way race, or more, voters become disenfranchised and disenchanted, and say 'hey, I wish I had a chance to rank my votes.'"

The petition is in its most preliminary stage, as it still must be reviewed by Kander's office. Before circulating the petition for signatures, state law requires the petition must be approved by the secretary of state.