Update: 5-year-old hit by bus in Moberly in "good condition" 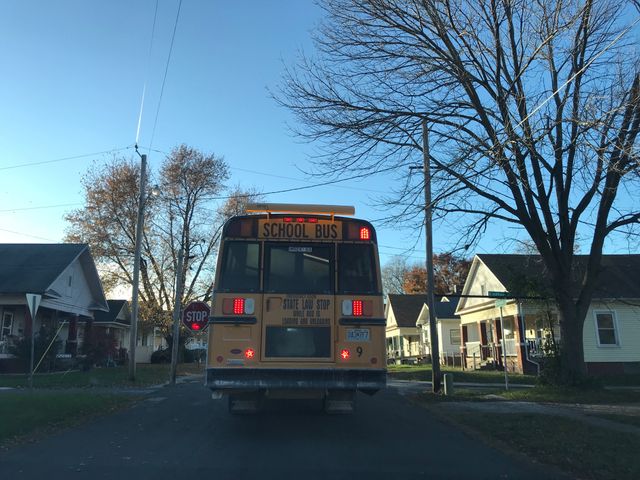 MOBERLY - London Kariuki, the 5-year-old girl who was hit by a bus in Moberly on Monday, was still in the hospital Wednesday night.

Kariuki was hit outside of Little Red Schoolhouse Preschool on East Burkhart Street. According to a next-door neighbor, Kariuki ran out of the preschool to meet her mother across the street.

Another neighbor, Jonathan Fitzsimmons, said two cars were parallel parked outside of the daycare. He said Kariuki ran through the two cars and into the street to meet her mother on the other side.

"The car was blocking the street taller than the kid, and she got two strides out and boom," Fitzsimmons said. "It's pitiful. It's sad."

Fitzsimmons also said preschools are required to have parking lots. When KOMU 8 News went to the daycare, there were only two spots available in front and were for parallel parking use only.

Several neighbors said they're concerned about the preschool and question whether it's following and/or up to city code. Fitzsimmons said he's shocked this hadn't happened sooner.

KOMU 8 News reached out to three family members of Kariuki's and no one responded. Kariuki is at Women and Children's Hospital in Columbia. Media Relations Coordinator Jeff Hoelscher said she is in "good condition."