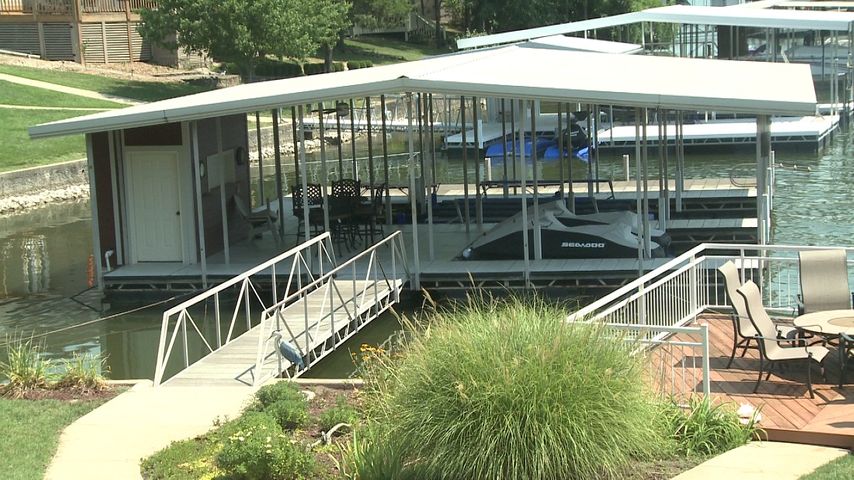 CAMDEN COUNTY - According to Missouri Case.net reports, there are two arrest warrants issued for Dan Francis; a man some lake area residents accused of scamming them out of money and property. There is one warrant for "forgery" with a $100,000 cash only bond and another for theft of property or services with a $75,000 cash only bond.

After seeing KOMU 8 News' Target 8 Investigation into complaints against Francis, Platte City resident Jim Selph spoke with us about his case from 2008. Selph said he dealt with Francis to purchase a dock from Ozark Village Docks and Associates. Selph also said Francis signed the contract on that deal and still owes him about $26,000. He filed a report with the Camden County Prosecutor's Office and said his case will go to criminal trial on Aug. 22.

Selph also said the Camden County Prosecutor's Office sent him a notice Francis filed for bankruptcy on June 12. A cover letter to the notice states: "...even though Mr. Francis has moved to file bankruptcy, it does not change the direction in which the prosecutor's office intends to move on these cases. However, you will probably not obtain restitution should Mr. Francis be convicted." The notice also states a meeting of creditors involved in the bankruptcy filing will be held Aug. 7.

In reaction to the filing Selph sent KOMU 8 News this statement: "I'm not surprised to discover Mr. Francis has filed for Chapter 7 personal bankruptcy given the number of documented Missouri civil court cases against him involving substantial amounts of monetary judgments and garnishments."