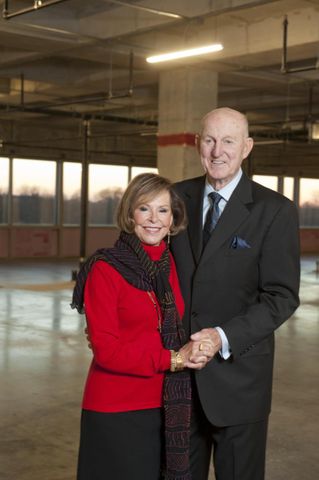 COLUMBIA - Boone Hospital Center announced in a news conference Monday that it will build the Virginia and Norman Stewart Cancer Center.

Hospital officials said they collaborated with Virginia and Norman Stewart to give a face to the cancer battle and hopefully detect and cure more cancer than ever before. Stewart survived a bout with colon cancer in the late 1980s.

The state-of-the-art center will be located on the sixth floor and house 32 inpatient rooms. Hospital officials said the project would cost $7.2 million.

Officials said they hope to have a grand opening for the new center the first quarter of 2014.