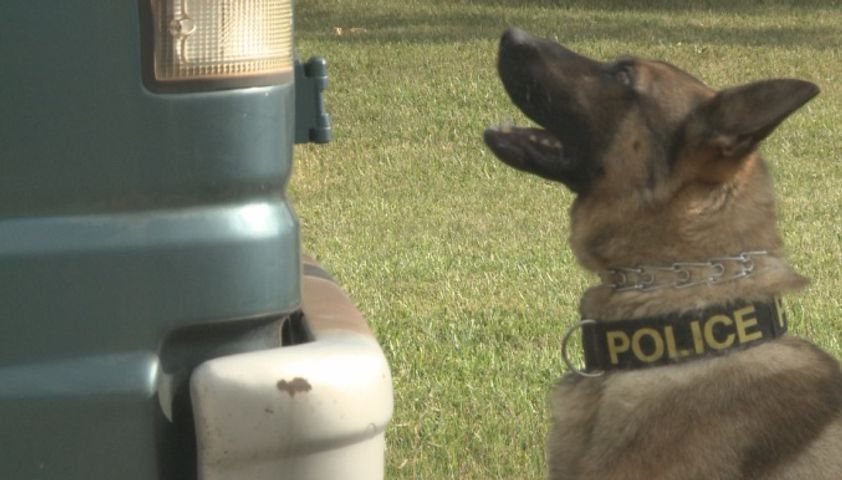 Boonville Police Chief Bobby Welliver said it could save the department 35 to 40 percent. Most of the expenses come from hotel and travel.

"Going away to training is the normal and that's become cost prohibited for a lot of the smaller agencies," said Boone County Corporal Chris Smith. "So by offering this, we can get agencies from Mid-Missouri in without spending their whole training budgets."

"With us we can provide that without the officers having to stay away, they can stay at home now and save the department up to eight or $9,000," said Smith.

The training happened Wednesday in the Boone County Sheriff Department's parking lot. There the K9 training units trained their dogs in drug tracking and detection. The trainers placed small amounts of drugs in 3 individual cars and then tested the dogs for drug detection.

This is the first official partnership between the two departments. Smith said the department hopes to bring in more local agencies for more affordable training.