UPDATE: Brunswick and Chariton County to lay out plan for rebuilding after floods 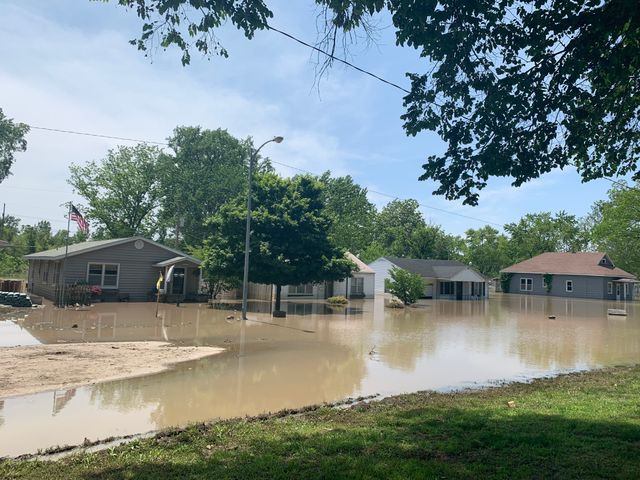 The two entities are hosted a meeting Tuesday at 6:30 p.m. at the American Legion Hall in Brunswick that discussed the next steps in flood recovery.

“We just want to start preparing people for what’s coming in the weeks, months and even years ahead. It’s typically a very slow process, so we don't want anyone jumping the gun," Eric McKenzie, Chariton County Emergency Management Director, said. "If you start reconstruction on your house before we have any approval through the right channels, there could be missed opportunities for you."

McKenzie and officials at the meeting both made the point that residents need to stay out of the water.

"If water has touched sandbags, at that point they've become a hazardous material. Flood water is disgusting water. It’s been in the septic system, so it has hepatitis in it. It has parasites in it. It has fungi in it," McKenzie said.

Residents learned at the meeting, that buildings that have been affected in the area by the floods will be assessed to decide their fate.

According to the FEMA representative at the meeting, if the cost to repair the structure is more than 50 percent over the market value, the owner will have to decide whether to elevate the structure, move it, or demolish it.

The city also said residents should not immediately enter their homes if they have been affected by flood waters.

"It’s not just the sandbags that could have hepatitis or parasites in them. It could be your home. It could be living right there on your walls, so we want to make sure it’s safe for you and everybody else,” McKenzie said.

The water in Brunswick has receded some, but McKenzie said the city is prepared for more rain in the forecast.

“We are as prepared as we can be, and we'll just roll with the punches,” he said.