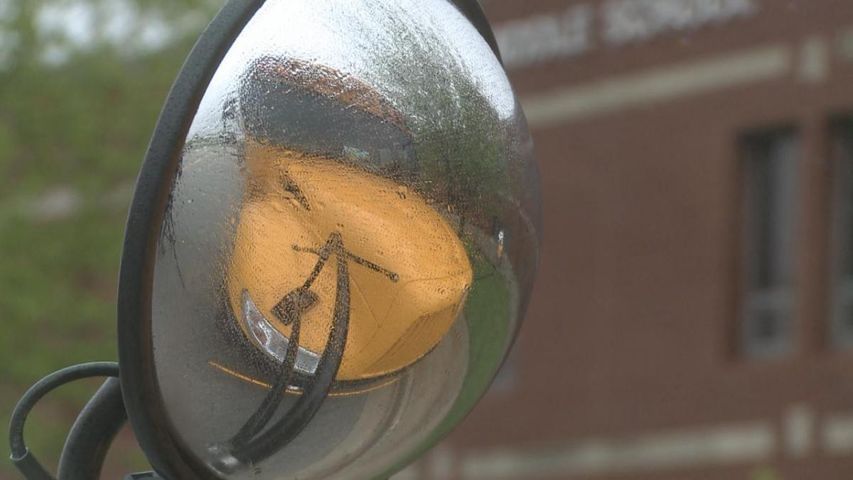 JEFFERSON CITY - School officials said Friday the children riding a Jefferson City Public Schools bus involved in an accident received no serious injuries. The bus collided with a car near the intersection of Lewis and Clark Drive and Eastland Drive.

"I have checked on them today and they are doing fine", said Lewis and Clark Principal Sherri Thomas.

Thomas explained X-rays were taken at the local hospital and there were no broken bones or serious injuries to any of the children.

"It was a scare that worked out that no one was seriously injured and I am thankful to the lord for that and I am grateful that they are okay," said Thomas.

The driver of the car had to be extricated from the vehicle and was also taken to the hospital with moderate injuries, along with the driver of the bus who had minor injuries.

Police are now investigating why the accident happened.

"It's believed most likely the driver of the passenger vehicle thought the bus was going to turn in to that particular drive, the bus did not and continued to the upper drive and that is when the collision occurred," said Capt. Doug Shoemaker of the Jefferson City Police Department.

The remaining 35 children on the bus were met by school officials at Lewis and Clark Middle School who had health care staff on hand to triage any potential injuries.

"I think that when they saw I got on the bus they were concerned about their friends but I would not say that they were scared," said Thomas.