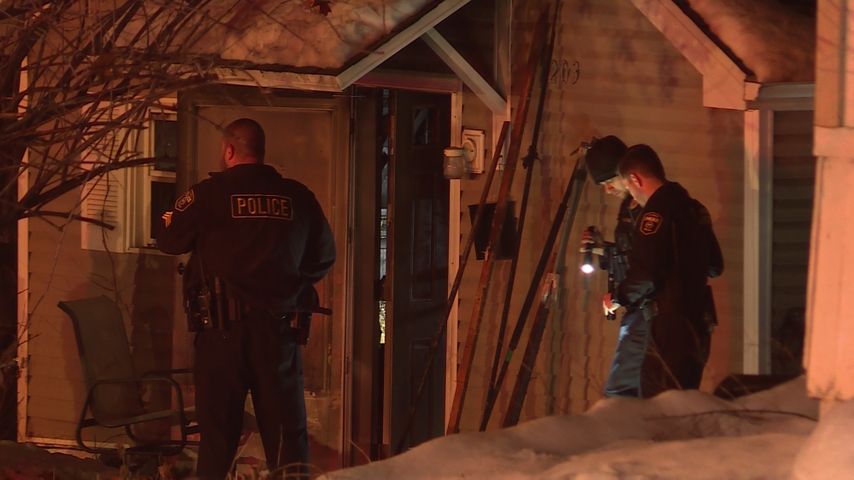 COLUMBIA - Michael Irvin Degeare, 62, of Columbia has been identified as the victim of the house fire located at 1203 Lakeview Ave.

Firefighters and police officers could be seen surrounding the house early Friday morning. Officers appeared to be searching the ground with flashlights as firefighters entered and exited the house.

KOMU 8 News had a reporter on the scene. Officials would not answer questions relating to what caused the fire, nor would they confirm if anyone was hurt.

A news release said the cause of the fire was a candle.

"It was determined that it started the fire, so it certainly came in contact with something else combustible," Assistant Chief Brad Fraizer said.

The room of origin was the living room.

Fraizer said the fire department recommends candles not be placed any closer than 12 inches from anything combustible.

Eleven units were dispatched to the call and no other injuries were reported. Firefighters estimated the damage of the structure to be $16,000.

There were no working smoke detectors in the residence, according to the release.

"Statistics show that smoke alarms save lives," Fraizer said. "There is hard data that demonstrates that early notification with a smoke alarm helps people get out and consequently saves lives."

Fraizer said people should test their smoke alarms monthly and change the batteries every six months.

The fire department was dispatched at 10:54 p.m. Thursday, according to the release.

Alicia Havel, who lives on Lakeview Avenue, said a neighbor tried to save the victim but was not able to.

"We felt so powerless because we couldn't help," she said.

Jami Pate, a neighbor, said she woke up to the sound of sirens.

"For something like this to happen on this street, it's kinda, it's sad," she said.

The Columbia Police Department is working to notify next of kin. The Columbia Fire Department said no additional information on the deceased will be released until those notifications are made.