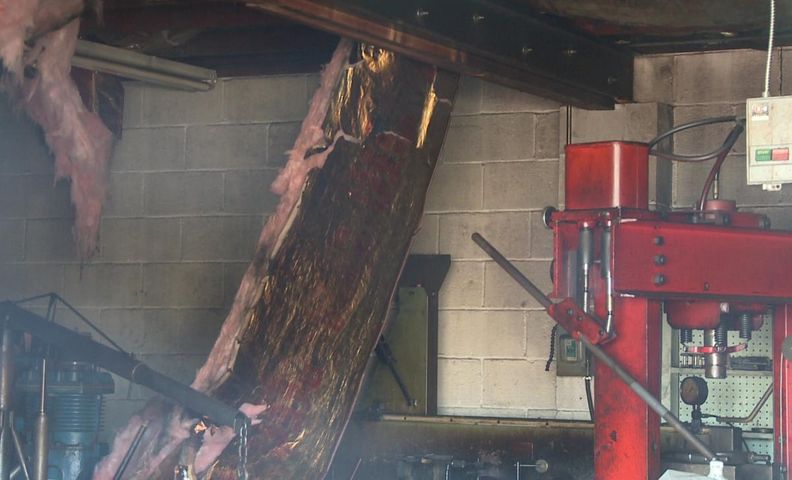 COLUMBIA - Columbia fire officials are still investigating a two-alarm fire Thursday that broke out at a Columbia auto parts store on Business Loop 70.

Officials responded to the fire at Loop 70 Auto Parts a little after 9 PM Wednesday evening, and found heavy smoke and fire coming from the back of the store. Firefighters were able to bring the fire under control within thirty minutes, and spent an additional two hours removing burned ceiling drywall and charred insulation. A Columbia fire lieutenant determined the origin of the fire to be a machine shop or store room.

Columbia Fire Batallion Chief Brad Fraizer told KOMU 8 News he did not think the fire was related to the operation of the auto shop.

"We are confident that auto parts stores and any business in Columbia are meeting fire code requirements. Unfortunately, there's a heavy fire load in certain buildings and certain businesses and that's one of them," Fraizer said.

While fire damage was contained to the auto parts store, nearby businesses did have minor smoke damage from the incident. A worker at an adjacent appliance store told KOMU 8 News some of their merchandise did have smoke on it when workers arrived this morning. The owners of Carlito's Cabos! Mexican Restaurant closed Thursday to clean up the smoke that was left in their business, and said they were hoping to be able to resume normal business hours tomorrow. No injuries were reported in any of the affected businesses.