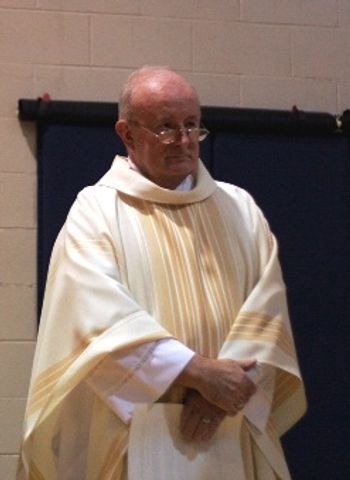 JEFFERSON CITY - The Jefferson City Diocese announced Fr. Brendan Doyle is no longer able to participate in public ministries. Community members were largely quiet on the decision Wednesday, though they agreed it's always sad to hear news like this.

Outside Helias High School where Doyle worked, many parents and students told KOMU they felt uncomfortable discussing the issue at all. Everyone who did talk, however, spoke highly of Doyle. Two parents said their kids had happily gone through the Catholic education system, and they never thought twice about it.  Another man said, "We love him (Doyle), and we want him back."

A 2007 Helias graduate said that Doyle is a strong and highly integrated and respected part of both the Helias and Jefferson City community. The graduate recalled that Doyle was one of his favorite teachers, and said the priest had positively influenced several thousand teenagers. "The Catholic religion is supposed to be about forgiveness, and if we can't forgive someone that has helped so many, where is this world headed?" he said.

There was also speculation that the images were planted on Doyle's computer, or the result of a virus or hacker. However, a diocese review board said it had reviewed all of the investigation, found the images to be in violaton of its charter protecting children, and made its decision accordingly.