UPDATE: CPS did not appear at House seclusion hearing 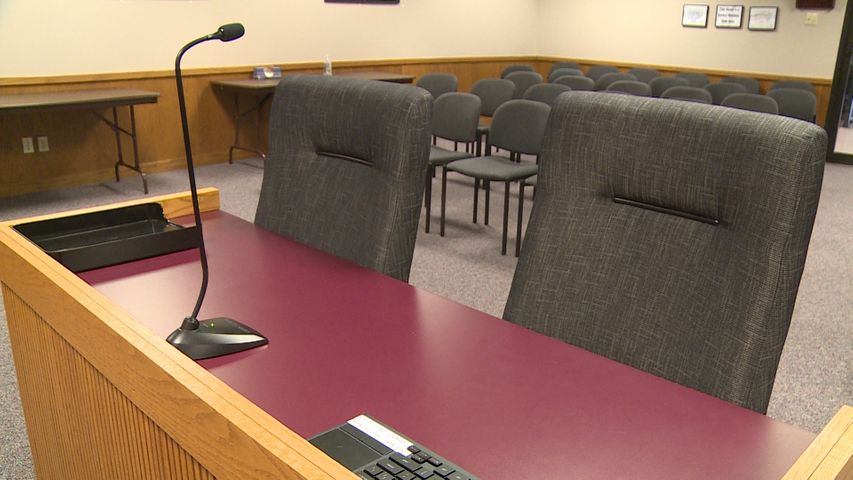 JEFFERSON CITY - House lawmakers will discuss seclusion and restraint policy in K-12 schools on Wednesday evening, but representatives from Columbia Public Schools will not be in attendance.

Despite being invited to testify by State Rep. Ron Hicks, R-Dardenne Prairie, the district said it is not able to send anyone because of short notice. Rep. Hicks sent a letter asking them to testify on Monday.

According to the letter from Hicks, the district was asked to testify before the House Special Committee on Regulatory Oversight because it has a "well-documented relationship with Catapult Learning, which is known to utilize a seclusion room at the school district’s CORE facility."

In response to the letter from Hicks, CPS said that Catapult is bound by contract to district policy and it implements students’ individualized plans.

During the hearing, a current CPS teacher spoke out about the issues she has seen first hand. Angela Jolly started to explain the seclusion rooms and how they should only be used if there is a safety risk for the child, and said that's not what was happening.

"On the first day of school there were two boxes and inside had unfinished wood, there were nails and splinters sticking out, and the floor was concrete, she said. "There was a room 10 and inside that room is a closet which has been there since day one, putting children in the closet."

Representative Bailey said there are many red flags under this investigation, with the most recent being CPS refusing to participate in the hearing. She said the Director and Program Director of Catapult don't have the necessary qualifications or licenses.

"Are they even qualified to teach? We're there any proper FBI checks done? Why have parents been repeatedly ignore?," Bailey said.

In February, the school board decided to push the decision on whether to renew the contract to a different date.

CPS has a contract with Catapult Learning and Specialized Education of Missouri, Inc. (SESI) for nearly $1 million for special education services for select CPS students.

The hearing comes on the same day that Missouri House gave initial approval to a bipartisan bill by Rep. Dottie Bailey, R-Eureka, and Rep. Ian Mackey, D-St. Louis, that would strengthen law on seclusion and restraint policies in schools. It would set stricter guidelines on when school officials can restrain students or isolate them in 'quiet rooms.'

“This is medieval practice, really,” Rep. Bailey said. “There are so many other better methods out there that don’t harm our children.”

The bill aims to provide uniformity in guidelines for use of the practice, defines the terms “seclusion” and “restraint,” and implements a protocol to inform parents when the practice is used.

“This is not a ban, though,” Bailey said. “But it does specifically say only for emergencies if the child is going to hurt himself or someone else.”

Columbia Public Schools’ policies came under heated criticism at a marathon September school board meeting, where more than 100 parents, students and advocates spoke; afterward, the school board postponed any decisions in favor of sending proposed revisions back to its policy committee.

In December, the Columbia Board of Education approved a new student seclusion, isolation and restraint policy. Missouri school districts are required to have a policy on seclusion and restraint, but school officials receive little oversight or regulation on the content of the policies.

Michelle Ribaudo, who has kids in CPS, found out about the program from other parents. Now she is down at the capitol advocating for the bill.

“Just hearing the stories, I really feel like we need to get something a little stronger in place in Missouri,” she said. “I haven't experienced it myself with my kids, but just knowing that that could happen really bothered me, especially because I do have a child with special needs.”

Rep. Bailey said she started looking into Columbia Public Schools’ use of seclusion rooms after meeting with parents of kids who were hurt by CPS’s use of them.

“I had them here in my office sitting there and hearing about this young man being restrained, being hurt, and about them being searched as they walk in school,” she said. “So, being the person I am, I can't go to sleep at night if I see something like that.”

In January, Bailey said she tried to file a sunshine request for videos, documents, and emails about a particular incident.

“The superintendent said I can watch the videos but only with him,” she said. “Then I said, 'Okay, I want the other documents,' and their attorney sent our house attorney a note saying, 'No, I need a subpoena.'”

Bailey said state lawmakers are currently considering whether or not to subpoena CPS.

But despite the no show from CPS officials, Rep. Bailey says the hearing will still take place - state lawmakers will just hear one side of the story.

“I have a couple of witnesses coming out who are actually eyewitnesses to a lot of this,” she said. “I think it'll be pretty damning especially if CPS is not going to show up and tell their side of the story.”