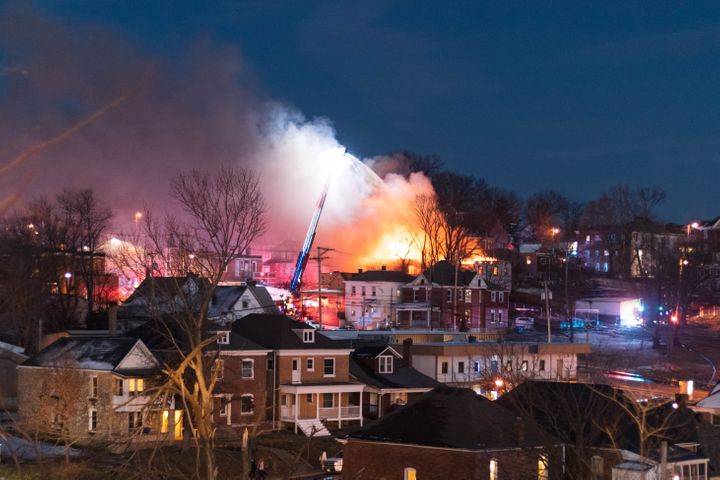 JEFFERSON CITY —Crews responded to a structure fire in the 700 block of East High Street in Jefferson City just before 5 p.m. Thursday.

The fire was at CW Harrison Company, a roofing contractor in downtown Jefferson City.  No one was injured in the fire, but the building sustained "significant damage", according to Jefferson City Fire Department division chief Jason Turner.

Turner said 33 firefighters responded to the scene, and crews would likely remain on scene through the night. It took about an hour and a half to get the fire under control, he said.

As of 10 p.m., fire crews remained on the scene to conduct overhaul operations and extinguish hot spots.

Crews stayed on scene until 1:20 a.m. the cause of the fire is still under investigation and the structure sustained serious damage throughout.

The cause of the fire is still unknown, but the Missouri State Fire Marshal's office is assisting with the cause investigation.