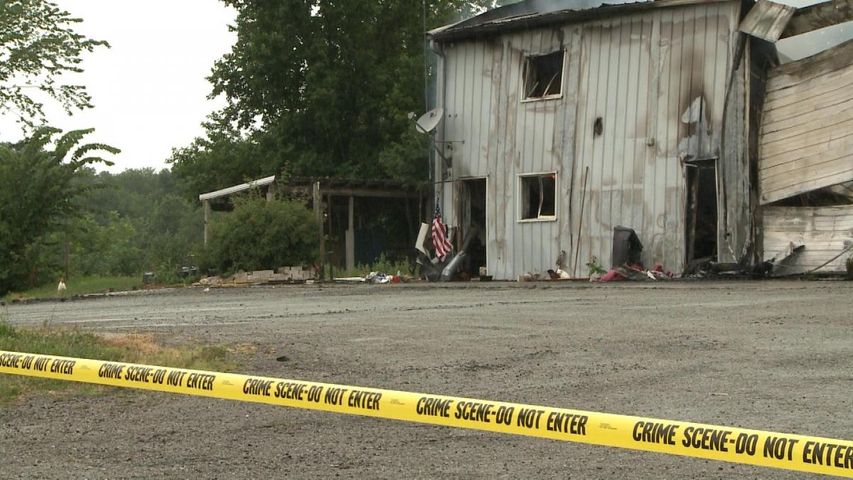 KINGDOM CITY - Four different fire departments worked all night and through the morning to put out the fire at Roger's Towing in Kingdom City.

Lana Carhoff, North Callaway Protection District Chief, said there were hazards inside the engulfed building that made it difficult for crews to get the fire under control.

"There were propane tanks in the area, the structure was metal so that caused further problems," Carhoff said.

48-year-old William Reeg Jr. was found dead inside the building. His fiance, Betty Redmon, was also in the building at the time of the fire but was able to escape.

"He was my best friend," Redmon said. "We did everything together. We were so similar. It's crazy how alike we were. We would finish each other's sentences.

A coroner at the Boone/Callaway County Medical Examiner's Officer performed an autopsy on Reeg and found no suspicion of foul play.

The Missouri State Fire Marshall's Office is still investigating the cause of the fire.