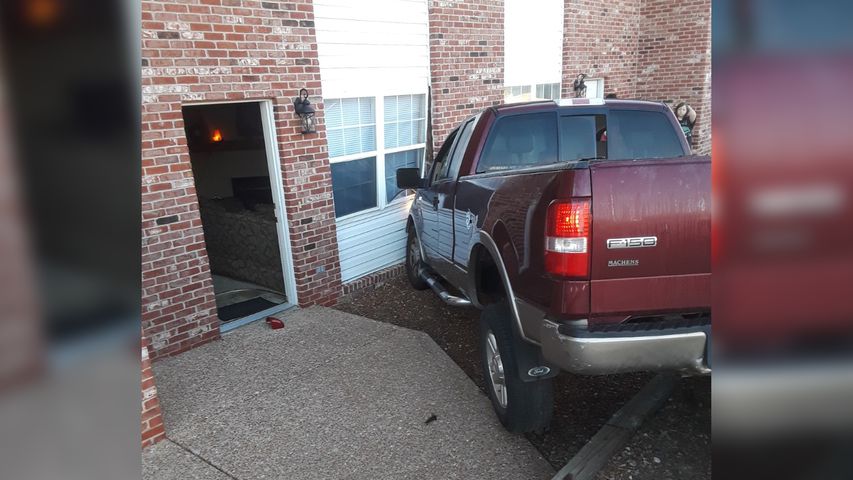 JEFFERSON CITY - A truck crashed into the Ventura Townhome complex Saturday morning in relation to a domestic assault, according to a news release.

The release said officers determined the driver and another person had been involved in a domestic altercation just before the crash. The driver then tried to run over the subject when she hit a parked car and crashed into the building, the pedestrian told police.

Neighbor Dawn Whitlock told KOMU 8 News she called 911 at 7:51 a.m. when the truck went into the building. Whitlock said there was damage to the building, but no residents were displaced.

Police said the driver is in custody and charges are being requested through the Cole County Prosecutors Office for domestic assault in the first degree, careless and reckless driving, felony property damage and driving while intoxicated.