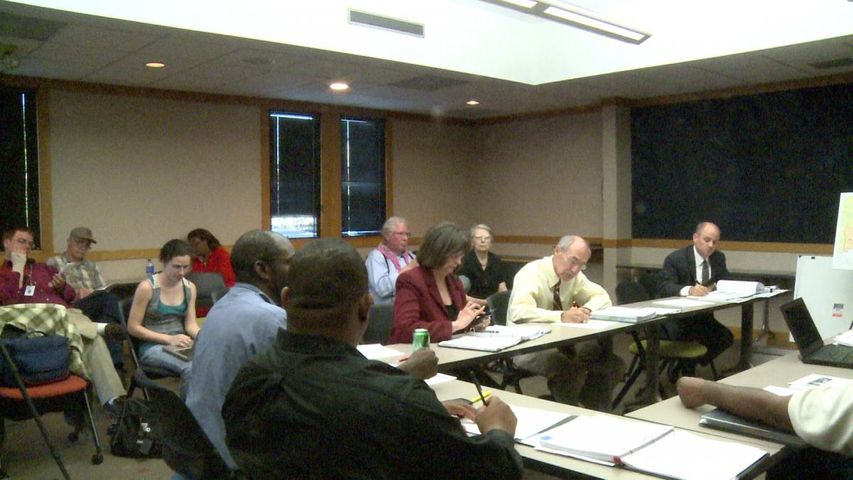 COLUMBIA - The Enhanced Enterprise Zone (EEZ) Board met Wednesday night at the Chamber of Commerce. Board members spent nearly all of the two-hour long meeting discussing tax breaks for businesses in the proposed EEZ. So much time, a subcommittee was created to investigate it further. Two of the board members and the board's city liaison will make up the committee that will look into the specifics of tax abatements the city offers businesses in the proposed EEZ.

The board was slated to take another look at the area that would make up the EEZ, but due to the long discussion, that was pushed back for the next meeting.

"We want to take our time and do due diligence," said board chair John Strotbeck. "There's no timeline to when we will report back to the city council."

The controversy surrounding the proposed EEZ is centered around the blight designation.  To create an EEZ, the areas must be declared blighted. Some opponents say the word "blight" doesn't belong in Columbia.

"It's an emotional spectre for the community," said Mitch Richards with Keep Columbia Free. "Who wants to invest in a place that's blighted when you buy the property?"

Supporters of the EEZ say it would bring more jobs to Columbia by giving state and local tax breaks to businesses who move to the EEZ.

"We want to make sure we are getting as much data as we can so we can do what's best for the city," said Strotbeck.

Opponents of the EEZ say creating the zone and calling it a blighted area could open a door for the city to take some of that blighted property.

"The blight designation could have both emotional and economic impacts on the community and it also opens the way for eminent domain abuse," said Richards.

Click here for the meeting agendas and other documents from the EEZ board.

Controversial EEZ Board to Meet Tonight