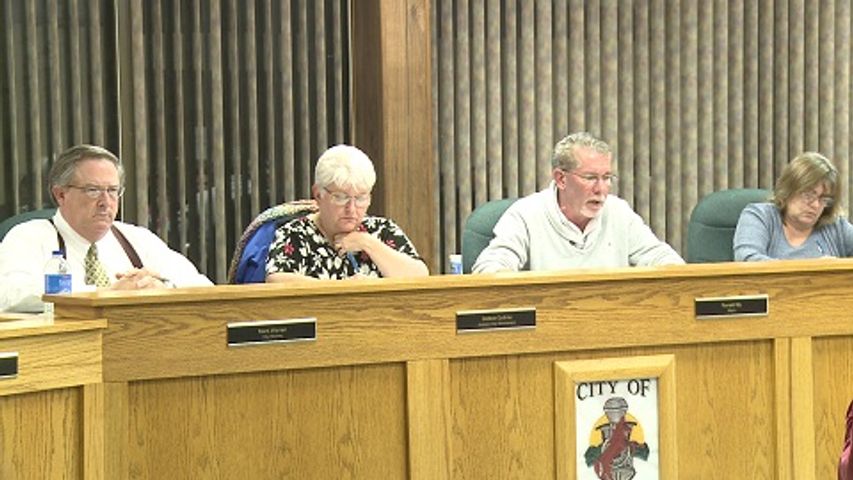 Many residents at the meeting said they were not satisfied with the city's response to the accusation. Eldon Mayor Ronald Bly said the dogs in question were "injured while mating," but he did not comment on possible police involvement. "The council needs to call a workshop to discuss just the animal shelter and the future plans for it in the very near future," Bly said.

The city also tabled an ordinance that would allow the animal shelter to euthanize dogs and cats in the shelter when they are not claimed within 30 days. In response to this ordinance and the possible abuse, several representatives from animal rights groups across the area offered to take in Eldon's shelter animals as soon as possible. Those animal activists hope to reduce euthanasia deaths and help the Eldon Animal Shelter become a "no kill" facility.

Residents also called for improvements to the animal shelter during public comments. This includes having city employees or volunteers feed and walk the animals more often and possibly offering adoption hours on weekends. Rene Ward of "Friends of Animals" suggested the city establish an advisory board to oversee animal care in shelters.

Tawnya Hopkins of Midwest Adopt-A-Bull said she drove in from Kansas City to attend the meeting and offer help to prevent euthanasia deaths. "I want to believe that things are going to change. I think it's going to take us following up and not just forgetting about this," Hopkins said.

Eldon has also requested the Missouri State Highway Patrol investigate the mating incident, but the highway patrol told KOMU 8 News it may or may not approve an investigation. If the highway patrol does not approve it, Bly said Eldon could contact the Miller County Sheriff's Department to look into the incident. Once an independent investigation is completed, Bly said the city will release the official veterinarian's report of the mating incident to the public.

Eldon Residents Outraged Over Allegations of Animal Abuse by Police