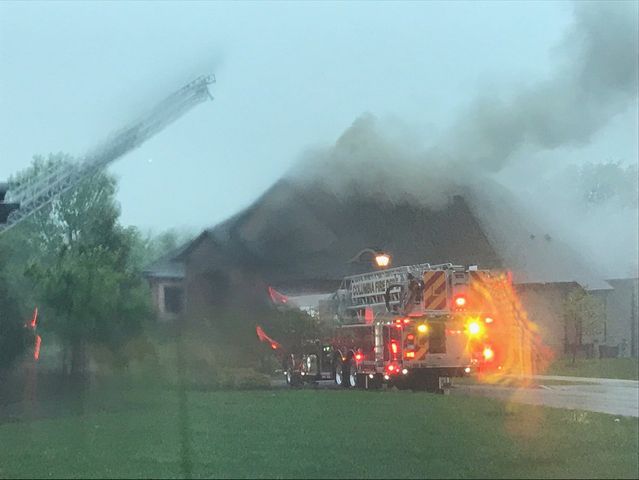 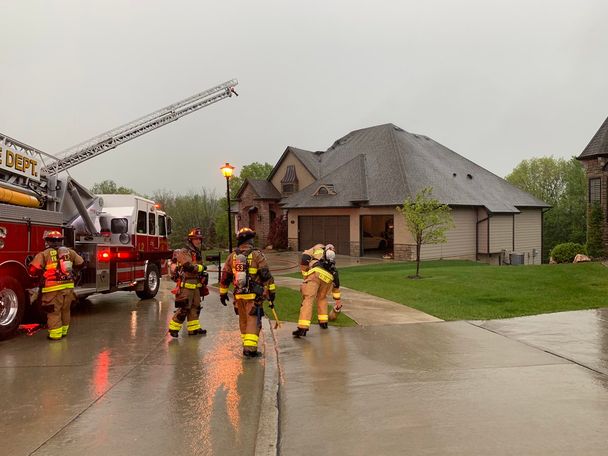 COLUMBIA - A fire damaged a Columbia home late Tuesday afternoon, but it's unclear if the fire was weather related.

According to a press release from the Columbia Fire Department, there were no reported injuries.

It happened in the 7200 block of Brackenhill Court on the south side of the city.

Neighbors said they believe a lightning strike was the cause of the fire, but this has not yet been confirmed. The fire was contained to the attic.

Firefighters did say a lightning strike caused a fire at a complex in Aspen Heights Apartments Tuesday evening.

According to a press release from the Columbia Fire Department, crews observed light smoke coming from the roof when they arrived. They extinguished the fire in the attic.

Per the press release, there were no reported injuries and damage is estimated at $30,000.

A neighbor I spoke to said he saw the lightning hit the house. Fire Marshall’s are still investigating. Here is her footage. @KOMUnews pic.twitter.com/kriPvR9eTF