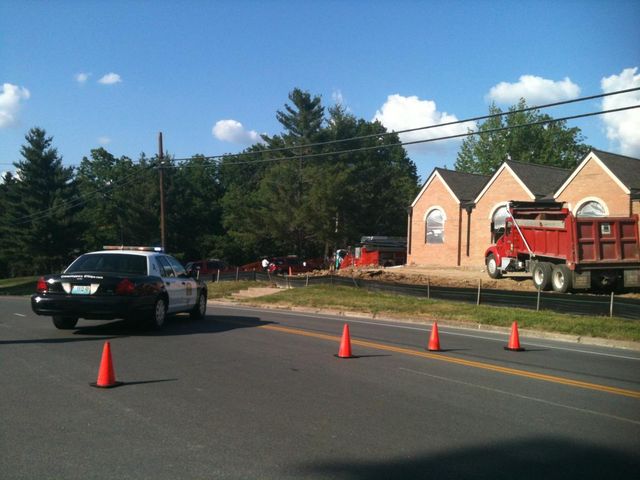 COLUMBIA - Fire crews investigating the fire at St. Andrew's Lutheran Church on West Boulevard north of Stadium Boulevard say the light smoke started from a canned light. In a press release, Columbia Fire Department said its investigators believe the fire was caused when the recessed light came in contact with blown insulation. Crews found evidence of a small fire along with smoldering insulation. Crews were pulling down the ceiling to find more hot spots or smoldering insulation.

COLUMBIA - Fire Marshall Steven Sapp with Columbia Fire Department said Monday units were investigating what sparked smoke at St. Andrew's Lutheran Church on West Boulevard north of Stadium Boulevard.  He said there are no flames visible.  He said there were no injuries and no one was in danger.

He said he was not sure if anyone was in the building at the time.

He said the church is currently undergoing renovations.