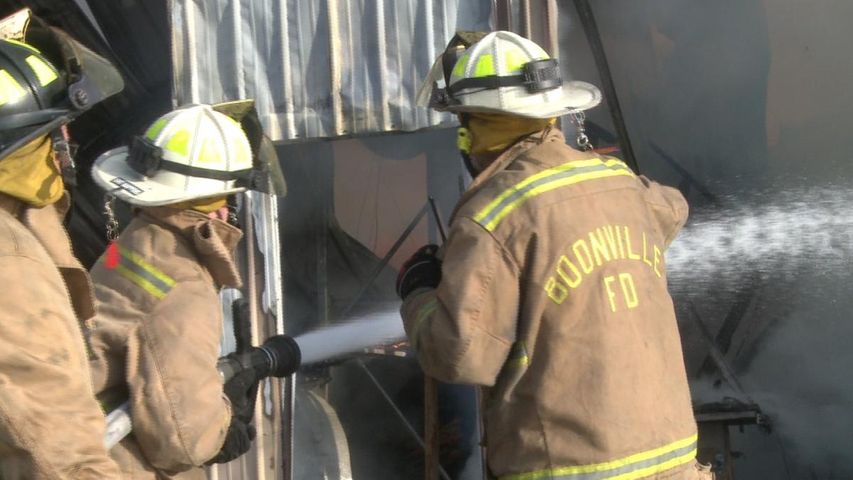 BOONVILLE - Firefighters were able to put out the last of the flames late Thursday morning after fire ravaged Unlimited Opportunities Inc. in Boonville.  Witnesses said the fire started around 7:45 a.m.

Boonville Fire Chief Tim Carmichael said the fire started in the paper recycling part of the building shortly after an employee started the furnace.  There were large bails of shredded paper that burned throughout the morning.

The paper recycling area was only a portion of the building. The center was also used for retail space and to educate around 200 people with disabilities.

"It meant everything. It's her day.  She goes to school so she can get to go ot UOI after. It's pretty important thing to her. It's her routine," said Bruce.

Employees of the center met during the fire to regroup and figure out their next step at a nearby church. As they came back firefighters were able to salvage a few files and personal items from the offices near the front of the building. Employees said they will relocate to another facility and continue their services until the building is rebuilt.

There has been a number of offers for space to house the company. They will be having staff in Friday to run the day program, but the location has not been determined.

UOI is trying to get its certified employees other work opportunities while they work out the details.