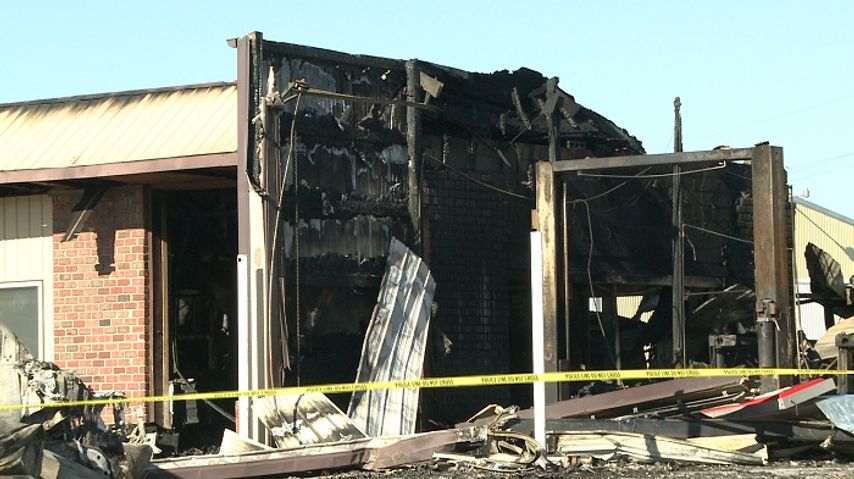 SALISBURY - Officials were still investigating the cause Monday of a fire Sunday morning in Salisbury that destroyed a Chariton Tire Company building.

Chris Sturm of the Salisbury Fire Department said the fire burned down the main office building at the store, but firefighters contained the fire to that building. Salisbury Fire received the call at approximately 6:41 a.m. Sunday Crews from Keytesville, Bynumville and Huntsville assisted and battled flames for two to three hours.

The blaze destroyed the main shop, which held a considerable amount of new, expensive equipment, as well as a few service vehicles which were severely charred and melted from the intense heat.

Still, Chariton Tire Company manager Tony Canaday said it would've been much worse if the fire department hadn't contained the flames to the main building.

"It's a good thing it didn't get the warehouse to the east or the one to the north side there, because that's where our main inventory was. Probably close to $2 million worth of tire inventory. So, if that would've burned they would've probably had to stand back and let it go. Rubber's an intense heat once it gets burning," said Canaday.

Canaday said the company still has a few working service trucks and plans to be operating again by the end of the week. Right now, managers are waiting until they can resume telephone services and do some rewiring.